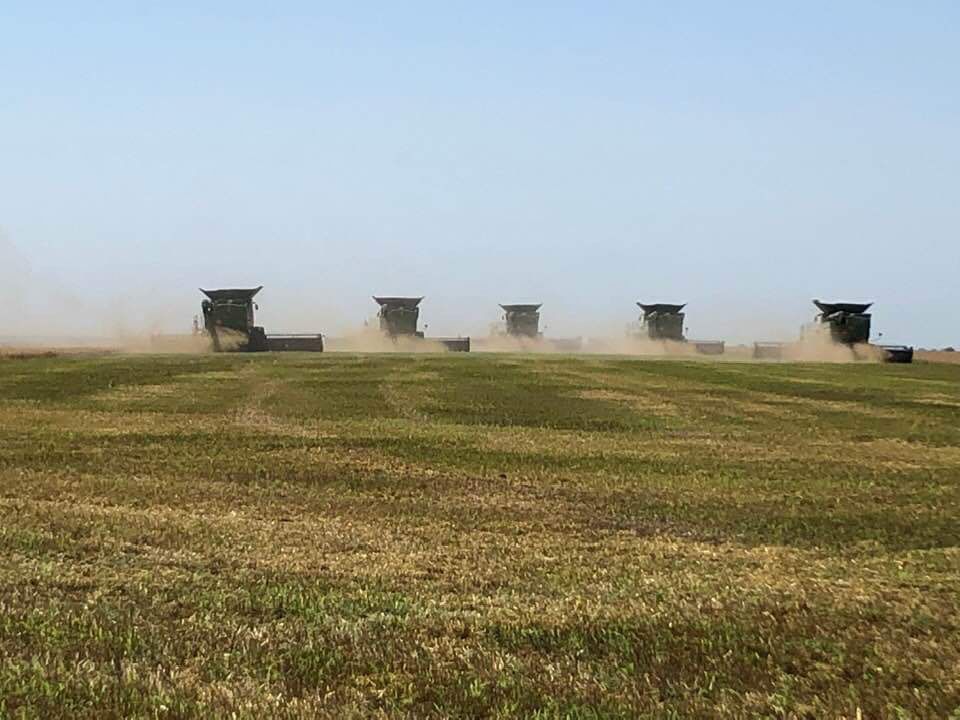 The Schemper Harvesting crew cuts a path through a wheat field at Scott City, Kan. 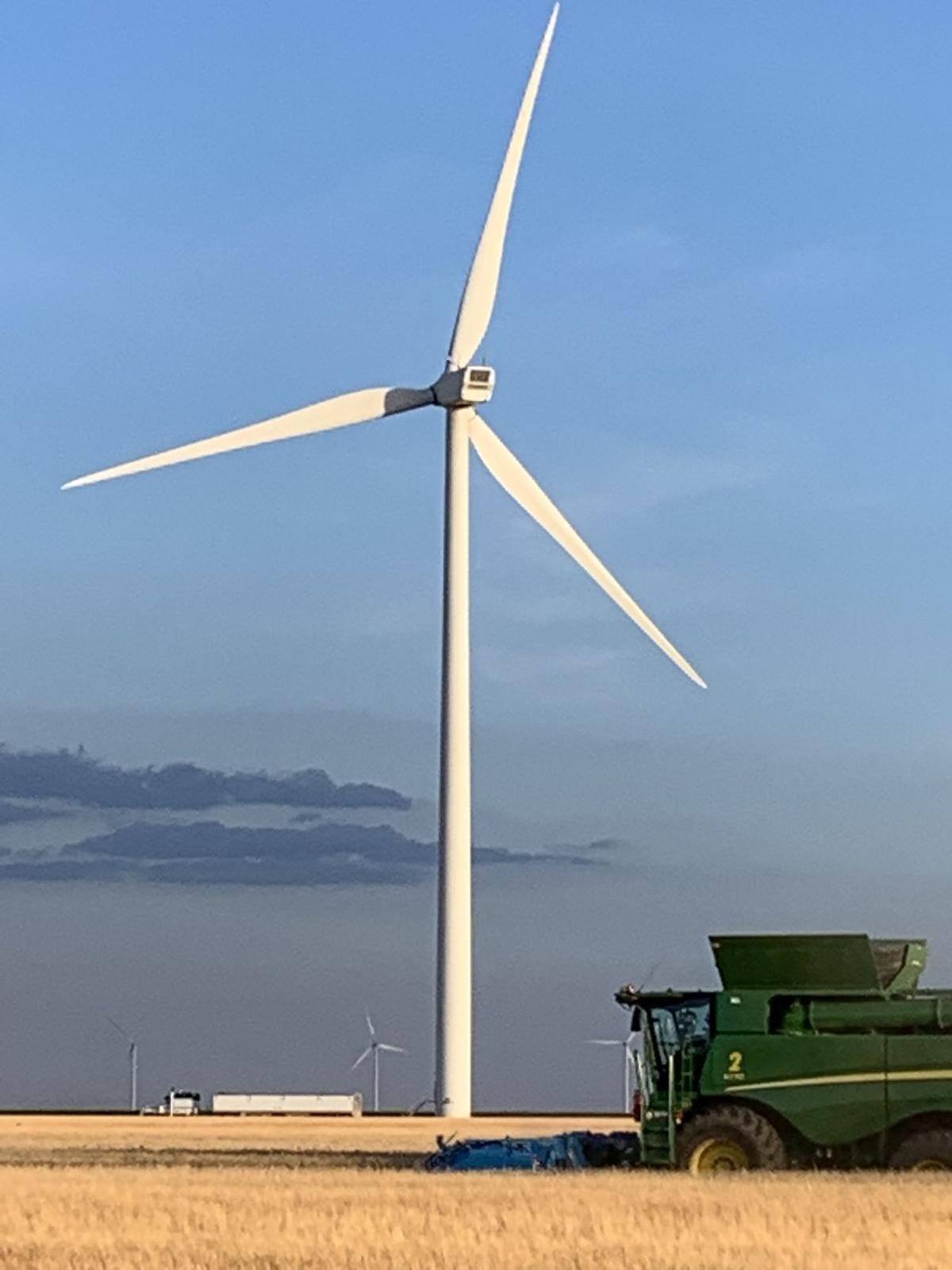 Harvest season for the Schemper family begins around May 20 in wheat fields near Vernon, Texas, and continues through the late fall corn and soybean harvest season in south-central Nebraska. 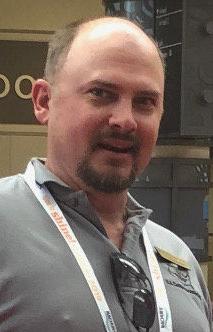 The Schemper Harvesting crew cuts a path through a wheat field at Scott City, Kan.

Harvest season for the Schemper family begins around May 20 in wheat fields near Vernon, Texas, and continues through the late fall corn and soybean harvest season in south-central Nebraska.

He attended his first USCHI convention at age 7, tagging along with his dad, LaVern, who has been involved with the organization since 1983.

“That’s why I am a part of it. I’ve been going to these conventions and been around these guys forever. I’m 44 now. I know it from when it started to until now,” J.C. said.

He previously served as a USCHI board member, secretary and vice president. His term as president ended Feb. 1 and he now is a board adviser.

J.C. is part of a three-generation family business, Schemper Harvesting, started in 1959 by his grandfather, Jerry Schemper, in Prairie View, Kan. It now is operated by J.C.; his brother, Jared; their dad; and their uncle, Lonny, all of Holdrege.

Harvest starts in May

During harvest season, which begins around May 20, the Schempers operate eight combines, four grain carts and 20 trucks.

The crew of 15-18 people — a mix of family members and seasonal hired help — start wheat harvest at Vernon, Texas, and then cut a path to other wheat farms in Texas, Oklahoma, Kansas, Colorado, Nebraska, South Dakota, North Dakota and Montana.

They return to Kansas Sept. 1 to begin harvesting wet corn, and return home around Sept. 20 for the Nebraska soybean and corn harvests.

“We will do crops until Dec. 1,” J.C. said. “Hopefully we are done before Thanksgiving, but you never know. Every year is different. There are guys trying to pick corn in North Dakota yet, still today. I don’t envy them at all.”

J.C. has enjoyed representing USCHI members in Washington, D.C., and working with congressmen and senators on laws and regulations affecting his industry.

“We get to go and visit with all your congressmen and senators from your state, and also from any other state ... you might have an issue with. That’s been very fun meeting all these people in D.C. It’s been a good experience,” he said.

An issue for custom harvesters is the legalization of marijuana in many states.

“With trucks, we have to update our members on the clearinghouse for drug and alcohol. With marijuana coming in medically and also recreational, it’s very close to us in Colorado and California. Now Nevada is becoming a place where you can buy it recreational,” J.C. said. “... So marijuana is becoming a big problem for all of us.”

Drivers and employers must be entered into a national clearinghouse. Employers can report if a driver has ever been “hot” on a drug test so that future employers know if a job applicant has tested positive for drugs.

“Every member of our organization has to be entered into that clearinghouse by Jan. 6 of next year,” J.C. explained. “We do have this many months before we have to do it, but we are going to have to do it. All because of marijuana.”

“We are all around it and we all see it, and it’s becoming a problem. We can’t have people on drugs in our trucks,” he said.

With many of custom harvesters getting hired help from other states — some of Schempers’ employees are from eastern states, such as Pennsylvania and Virginia — USCHI officials are trying to change laws so that truck drivers can take the commercial driver’s license written exam in their own states.

“It makes sense to me. Every senator and congressman we have talked to so far says it makes sense,” J.C. said. “We should do this. It’s wasting time and money on our end because when we get them out here, they have to go take a test, and they may not pass it for a week or two. And then they have to wait two weeks to practice driving a truck.”

“That is a federal law,” he continued. “So you are talking four to six weeks before they can get a license. You are paying these boys the whole time, even though they can’t drive or they can’t really work for you, you are still having to pay them. It’s a lot of time and expense for us.”

USCHI also has lobbied on issues related to the H-2A visa program, which allows employers who meet specific requirements to bring foreign nationals to the United States to fill temporary agriculture jobs.

The ag economy’s health is a factor in many of the Schempers’ business decisions. They once bought new equipment every year, but in recent tough times, they switched to purchasing newer used equipment every three years.

“You have to adjust to it. You have to buy a few more parts. You are just going to have to expect a few breakdowns,” J.C. said. “I tell all my (hired) hands ... ‘Hey we are going to have breakdowns. So if you have problems, let me know. We will fix it.’ I don’t expect this stuff to run flawless all year. It’s not going to happen.”

Although he’ll miss the lobbying trips to D.C., now that he’s past USCHI president, he said he’s looking forward to being home more with his wife, Tricia, and their three sons, Sunder, 12; Sage, 7; and Sterling, 4.

They are on the road with him during harvest season and he hopes that, someday, his children will be part of the family business.

“They love coming out here and just being a part of it. Seeing the machinery, seeing the stuff that we fix,” J.C. said. “... What I look forward to is that I don’t have to work as hard maybe in the future.”