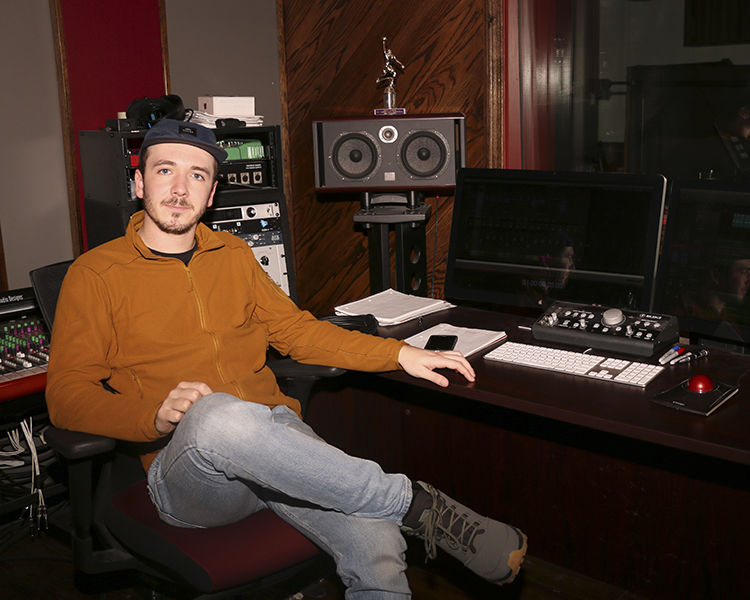 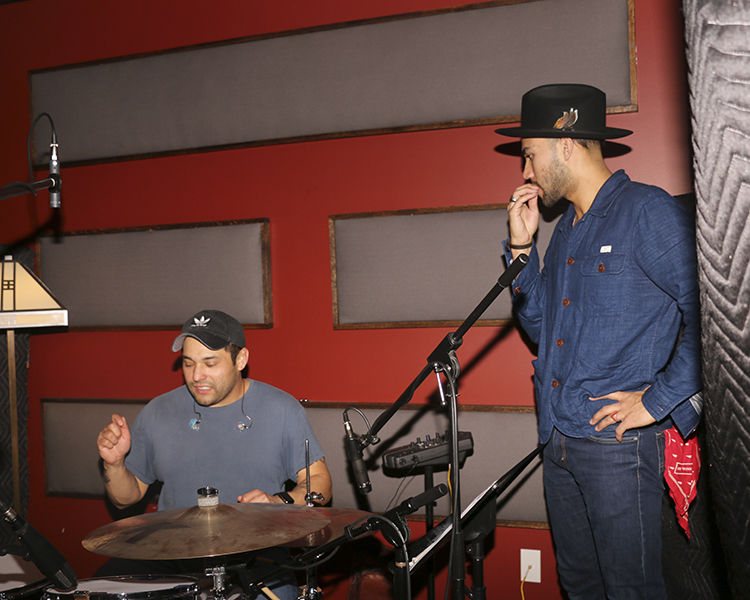 ASHLAND – Andrea Von Kampen recently recorded “Forever Young” at Silver Street recording studio in Ashland, which was used in a hardware store Christmas video in Wales. The touching two-minute message featuring the two-year old son of the hardware store owner has had over 2.5 million views.

“I thought she did a great job,” Fleege said. “There’s something really special and unique about the song. Her guitar and voice fit with the concept of the video.”

Fleege, who is from Lincoln, has been working as a sound engineer and producer at Silver Street Studios for about six years. The 2007 Lincoln East High School graduate said he doesn’t often take his work home with him, but after the recording session with Von Kampen he played the track again while he was making dinner.

“It’s a really great cover,” he said. “She played through the guitar twice and sang the vocals twice, and that was pretty much it. We didn’t need any additional set up.”

Fleege said Von Kampen was maybe in the studio about four hours. After she recorded her vocals and the guitar, there wasn’t much mixing and editing that needed to be done in post-production.

“I added some reverb to the guitar and vocals, cleaned up some mouth pops and tamed some s sounds, but really I did minimal editing,” he said.

When the song “blew up” on the internet, Fleege said he started to track the number of media outlets around the world like the BBC and CNN that mentioned Von Kampen, her song, or the hardware store.

“Her song and the organic video are just so complimentary,” he said.

Fleege said he personally identifies with the message of shopping local and supporting small businesses.

“I’ve been to the hardware store across the street twice today for equipment needs,” he said. “I needed to borrow a drill to install the television in the lobby, and they told me to just bring it back when I was finished. Last week, I forgot my wallet so they told me to pay the next time I came in.”

Silver Street, a music production and marketing group, opened in Ashland in 2013. Owner Charles Hull founded the business to collaborate with writers, producers and performers to create original music.

“What we do out here has been evolving,” Fleege said.

Making music that is heard world-wide in a small Nebraska town may seem unusual, but not to Fleege and the musicians he works with.

“Ashland is great,” Fleege said. “There are zero distractions. Bands love coming out here. They like the nice, small community.”

The only downside, he said, might be that after a long day of recording, sometimes the musicians want to head to a bar for a beer and there’s a sign on the door that says “closed early.”

Often, the bands bed down on mats and in sleeping bags in the basement, or occasionally some that are traveling through from gig to gig, stay at an Airbnb in downtown Ashland.

Fleege, who moved to Nashville when he was 21 years old, studied music at Berklee in Boston briefly, before moving to New York City. Along the way, he learned a lot about audio engineering from internships, studying textbooks and working at clubs any chance he got.

“I pretended to know more than I did just to get work,” he explained.

Music was an early passion for Fleege who was never formally trained on the guitar. Much of how he learned “was to play non-stop Dave Matthews Band tunes in my mom’s basement.”

He remembers being in eighth grade, either 13 or 14 years old when he decided that music was going to be his profession.

Both his parents, who divorced when he was young, loved music. His mother’s taste leaned to Elton John and Tom Petty, while his father had a huge vinyl record collection.

Before he elected to make the control room his office, Fleege played keyboards and bass with various bands. He sang back up. For two years he toured with Josh Hoyer and the Soul Collective. He got the chance to tour around the US and much of Europe.

While he liked exploring new cities during the down time, the touring lifestyle wasn’t for him. Too much “sitting around in a van.”

But all that traveling taught Fleege a lot about people and about performing. He said now he can understand why so many musicians get burnout. The experience also taught him that people think about music differently; some approach music from an educated, theory-based angle, while others can’t read musical notes, they trust simply their hearing and instincts.

His experience does help him work with the wide variety of bands that come into Silver Street Studios.

“I can gauge what I need to do to work with each individual in the first 10 to 15 minutes of a recording session,” he said.