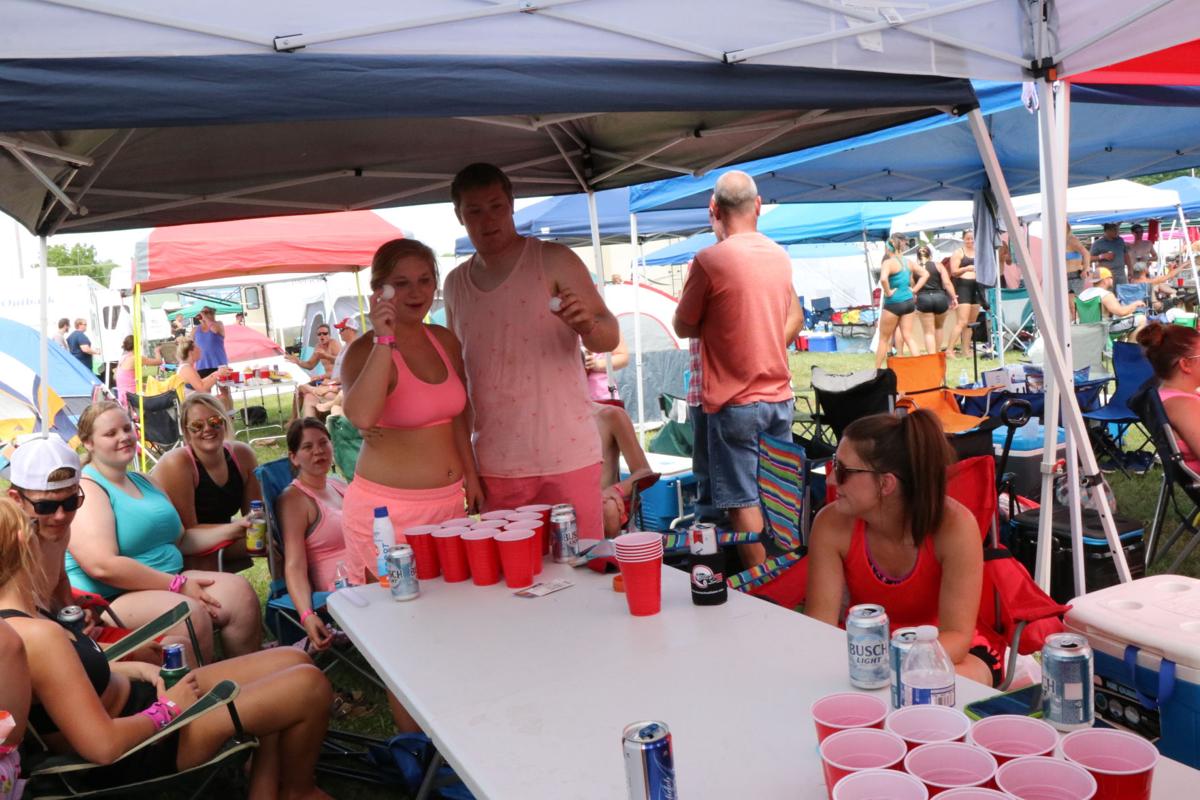 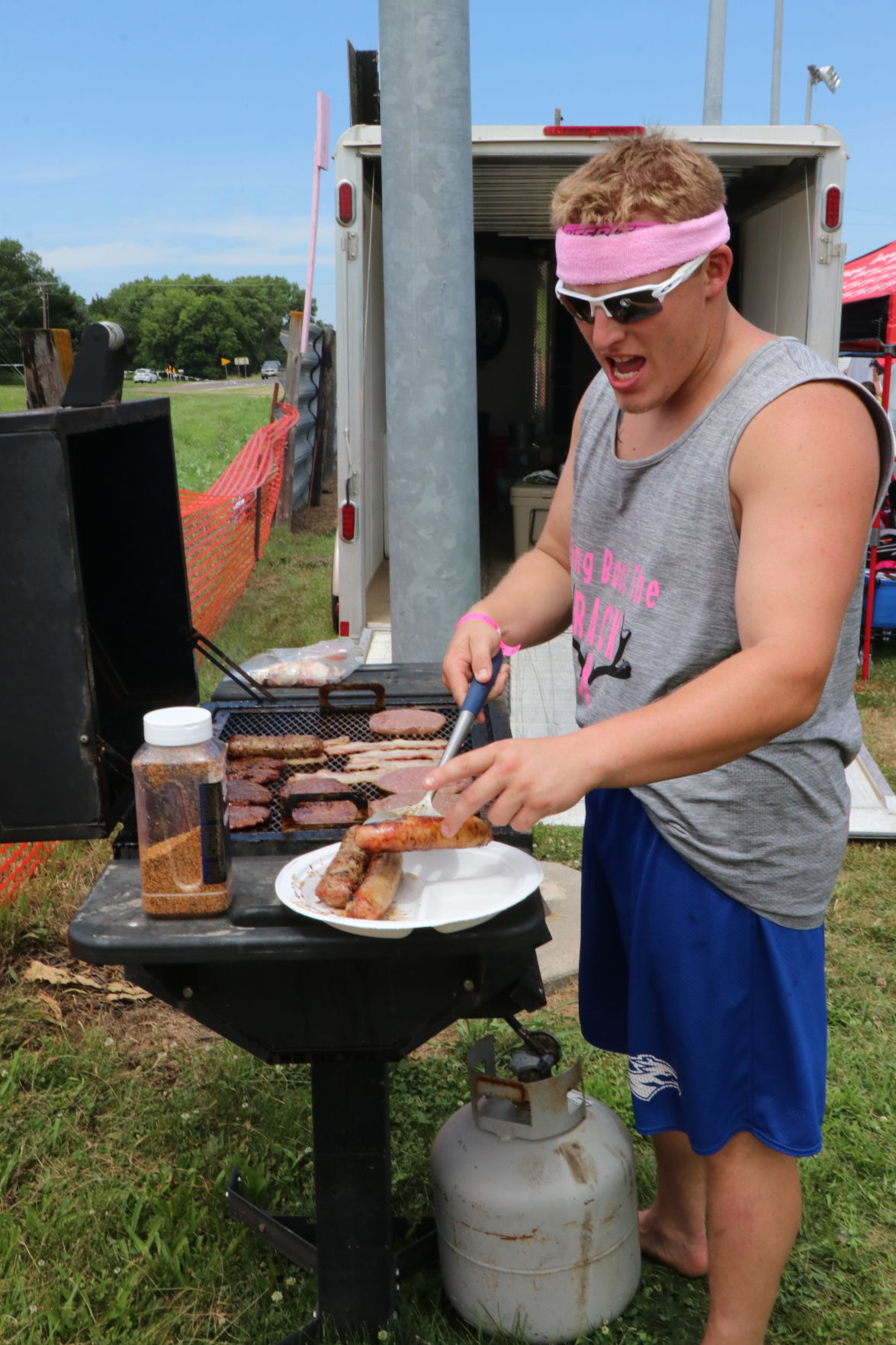 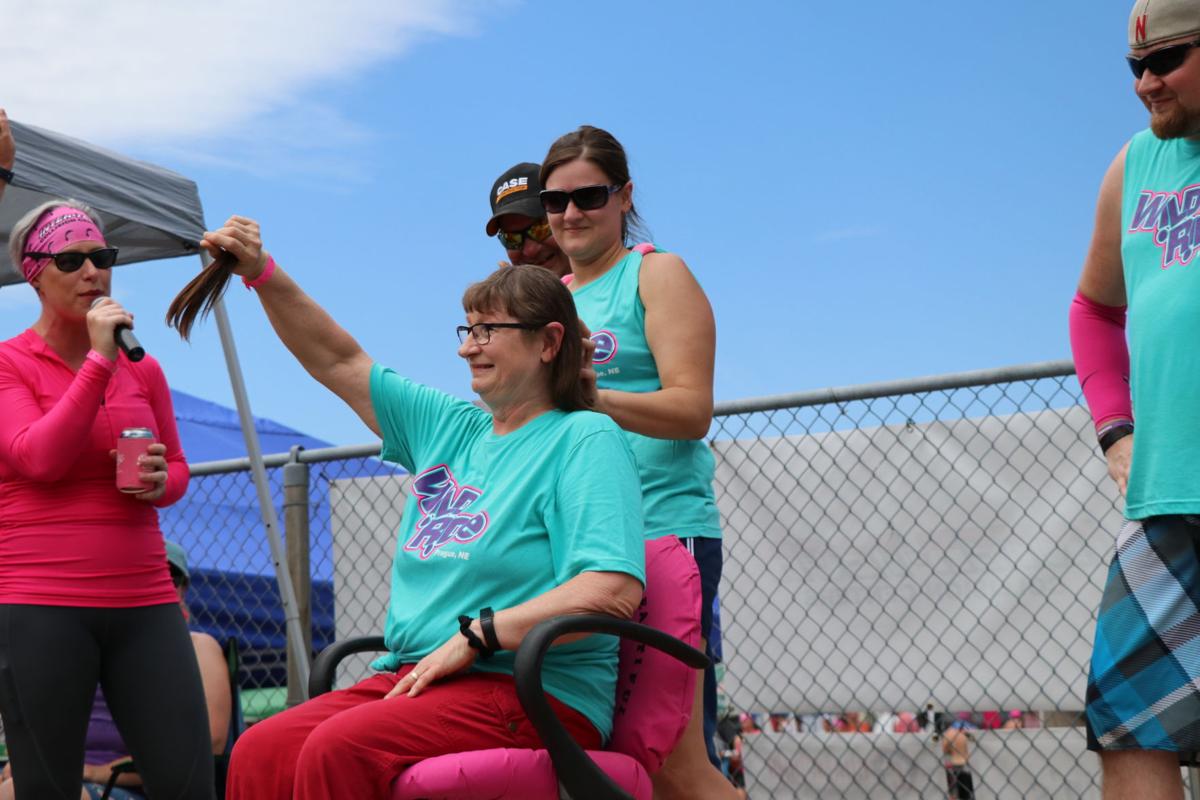 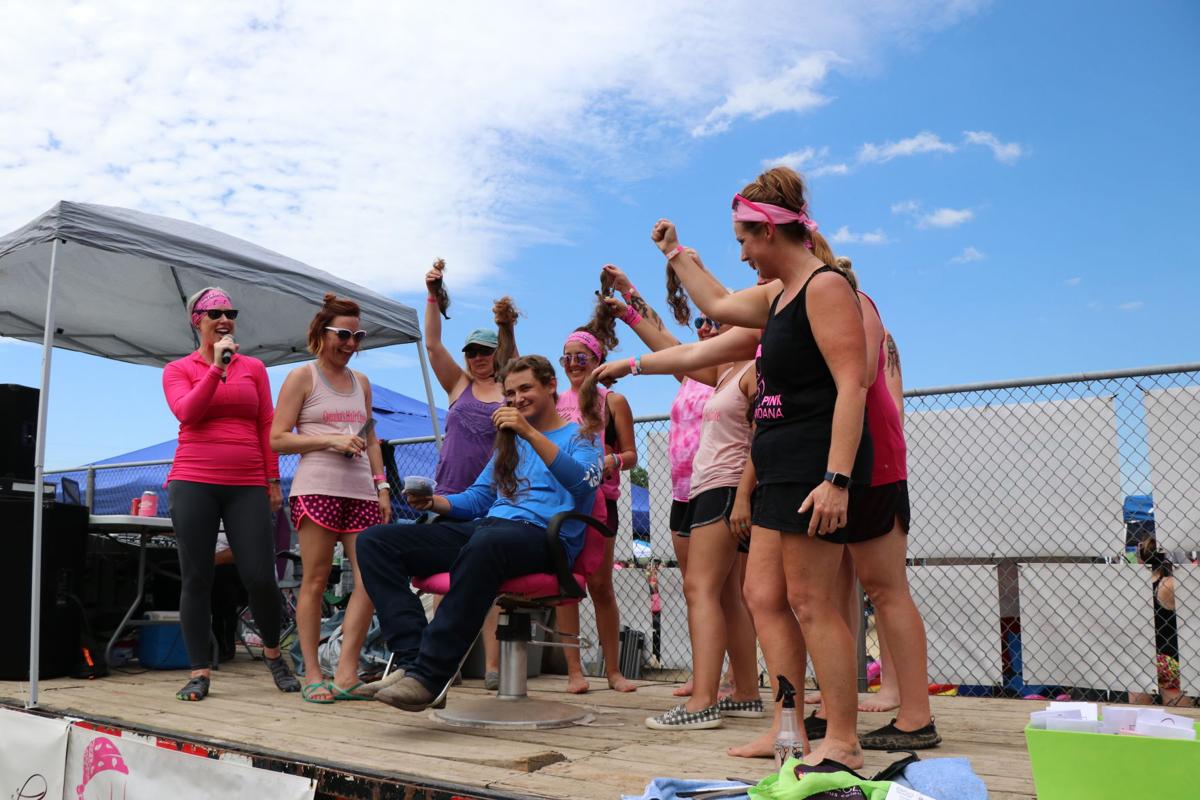 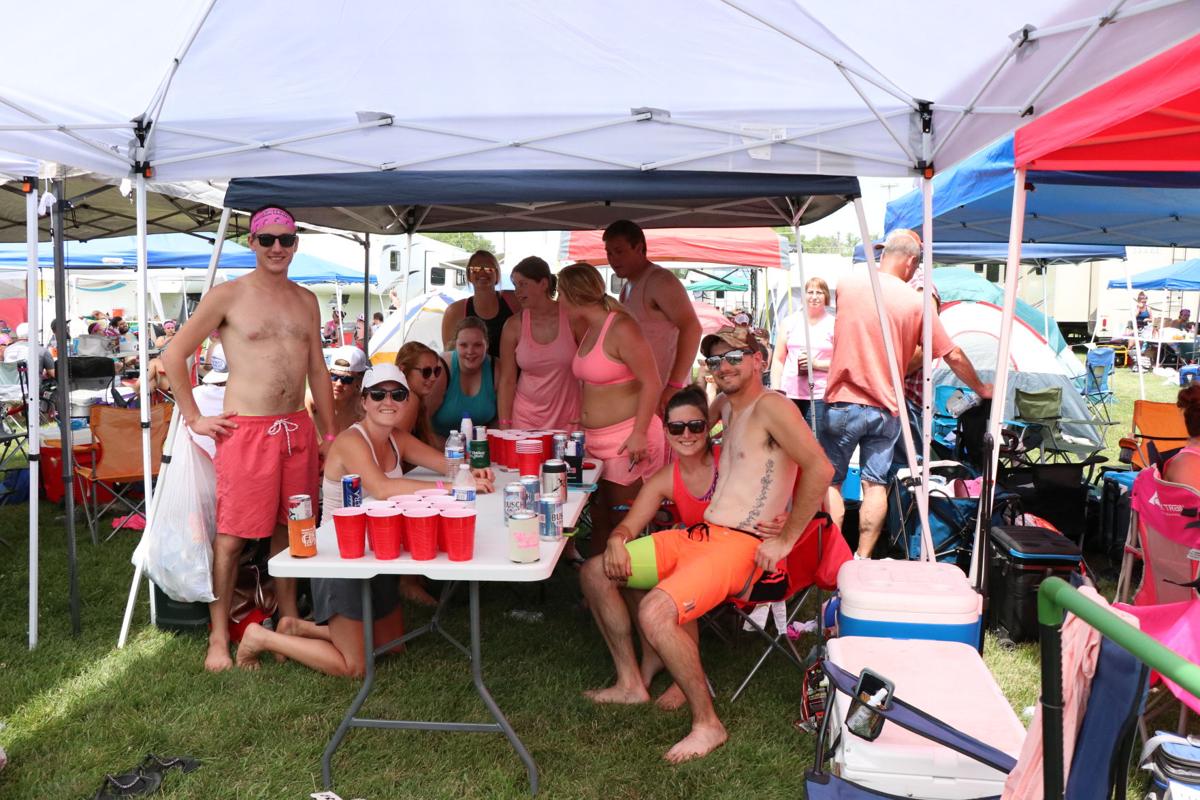 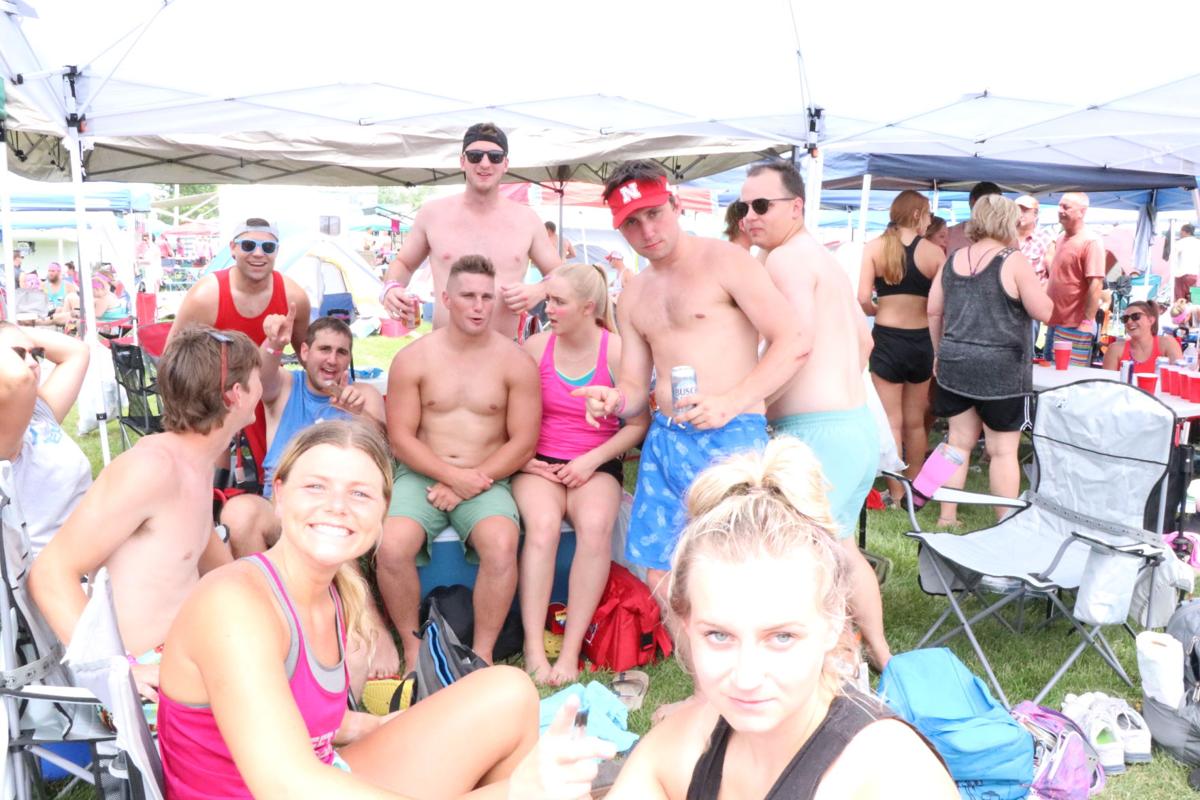 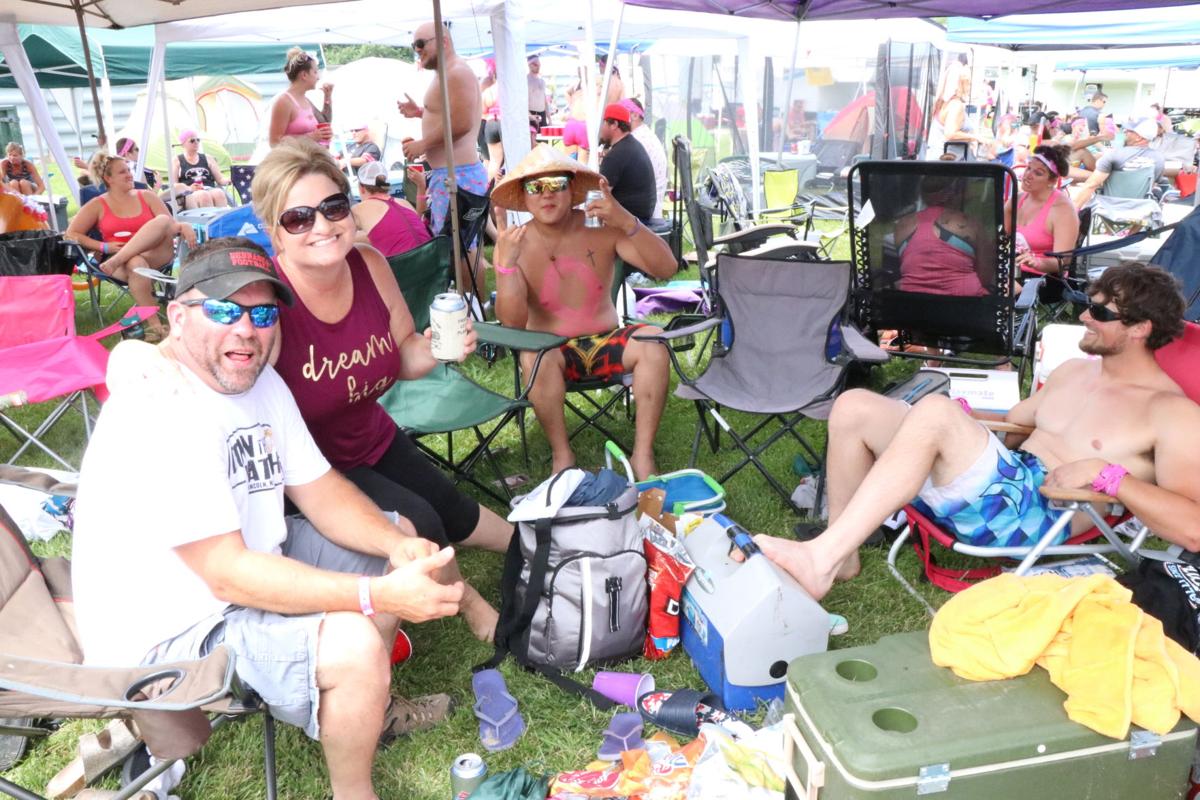 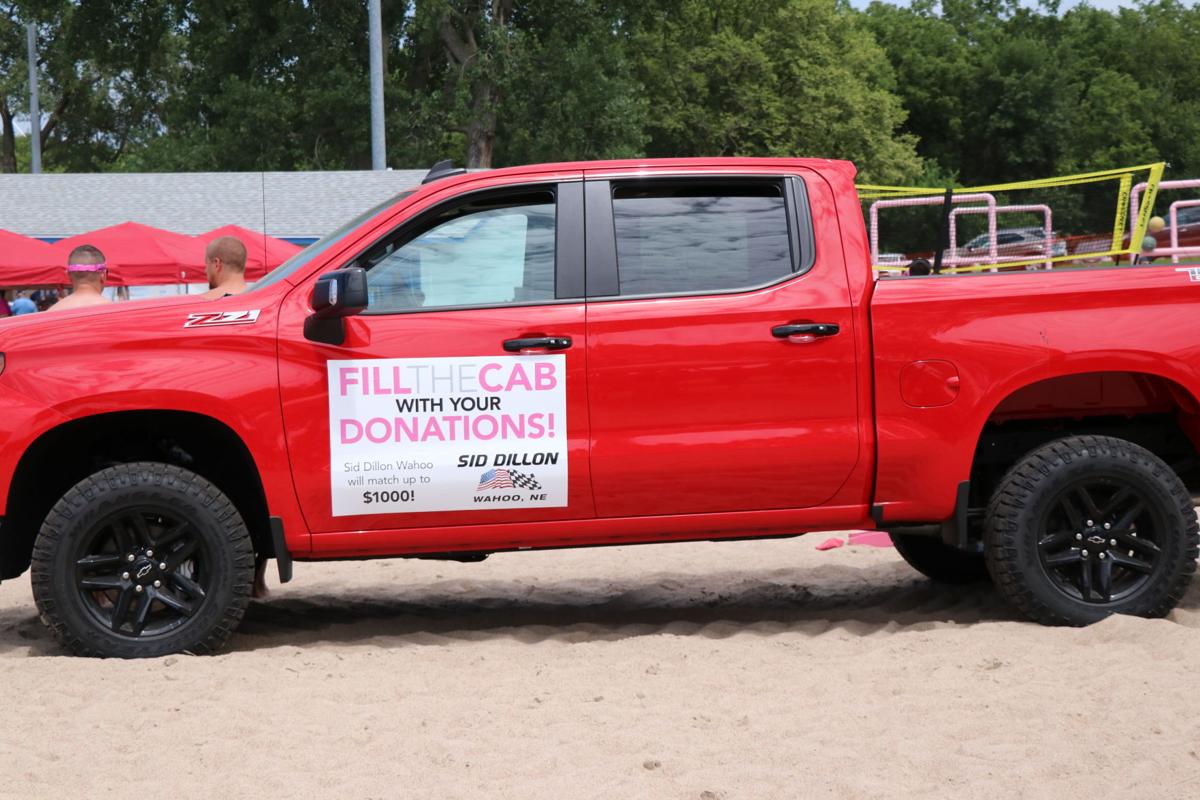 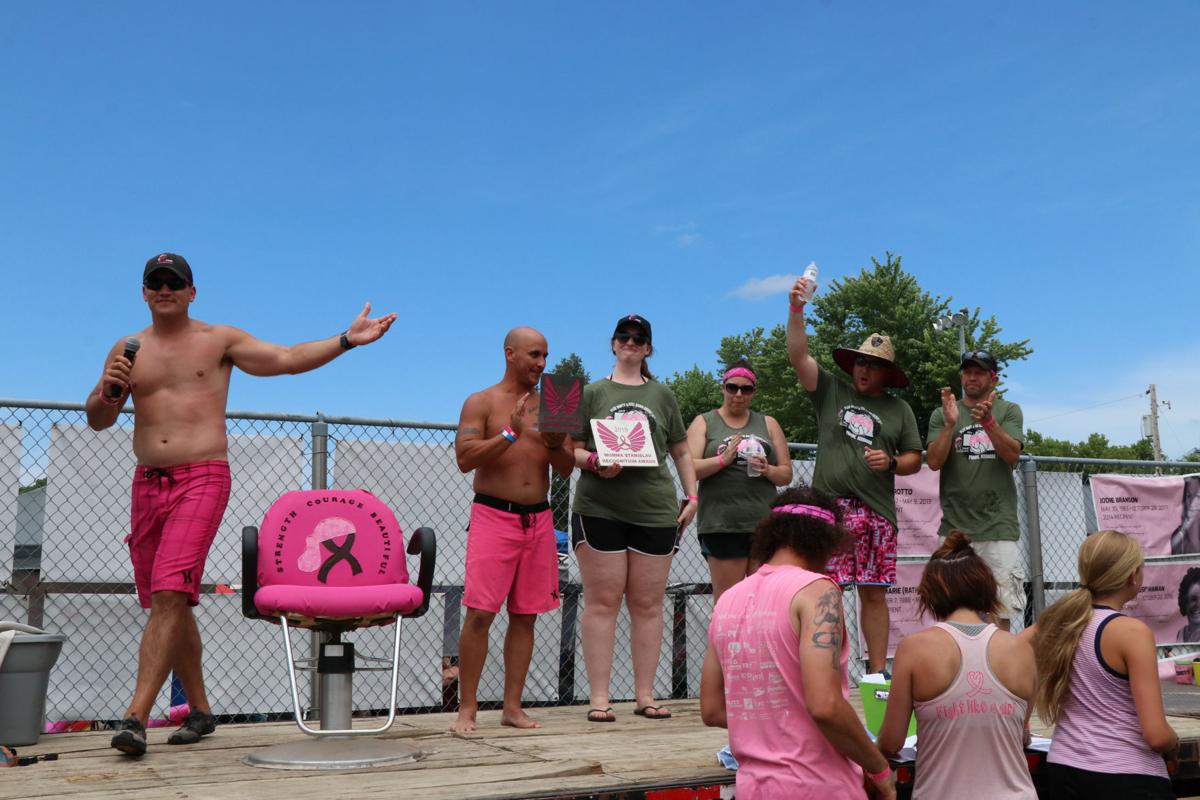 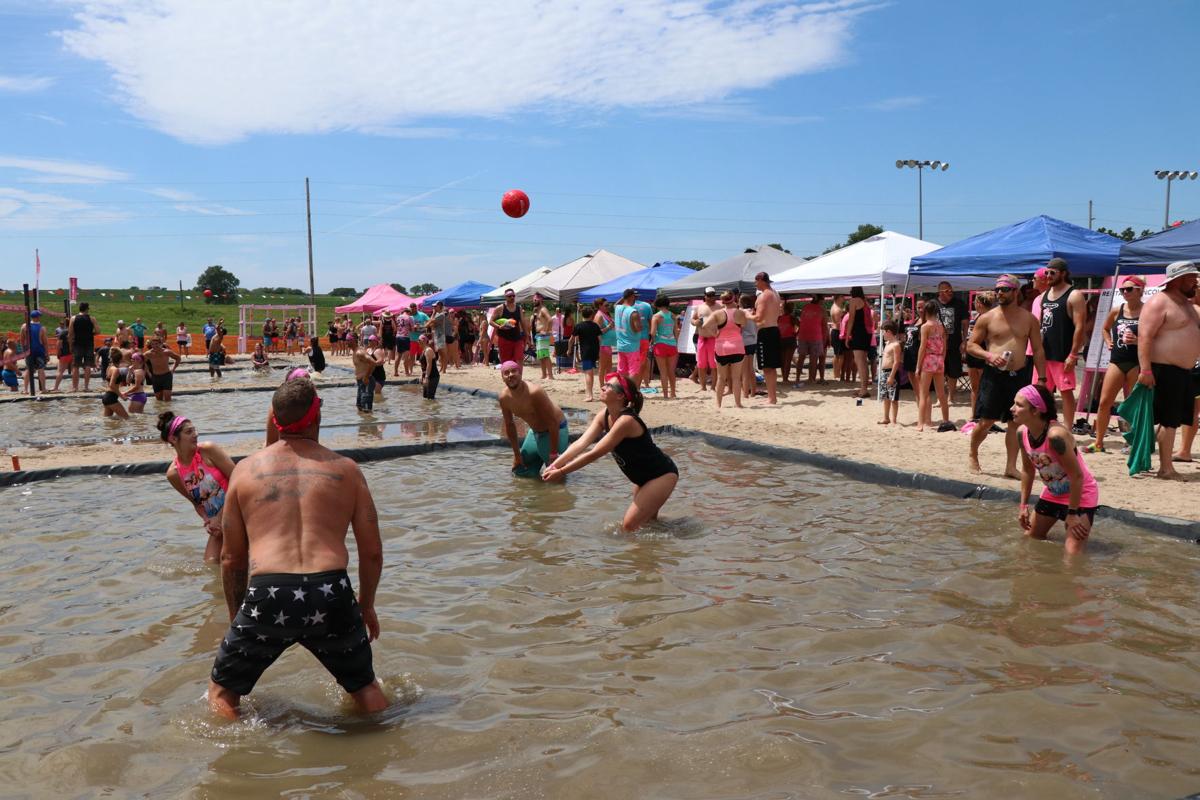 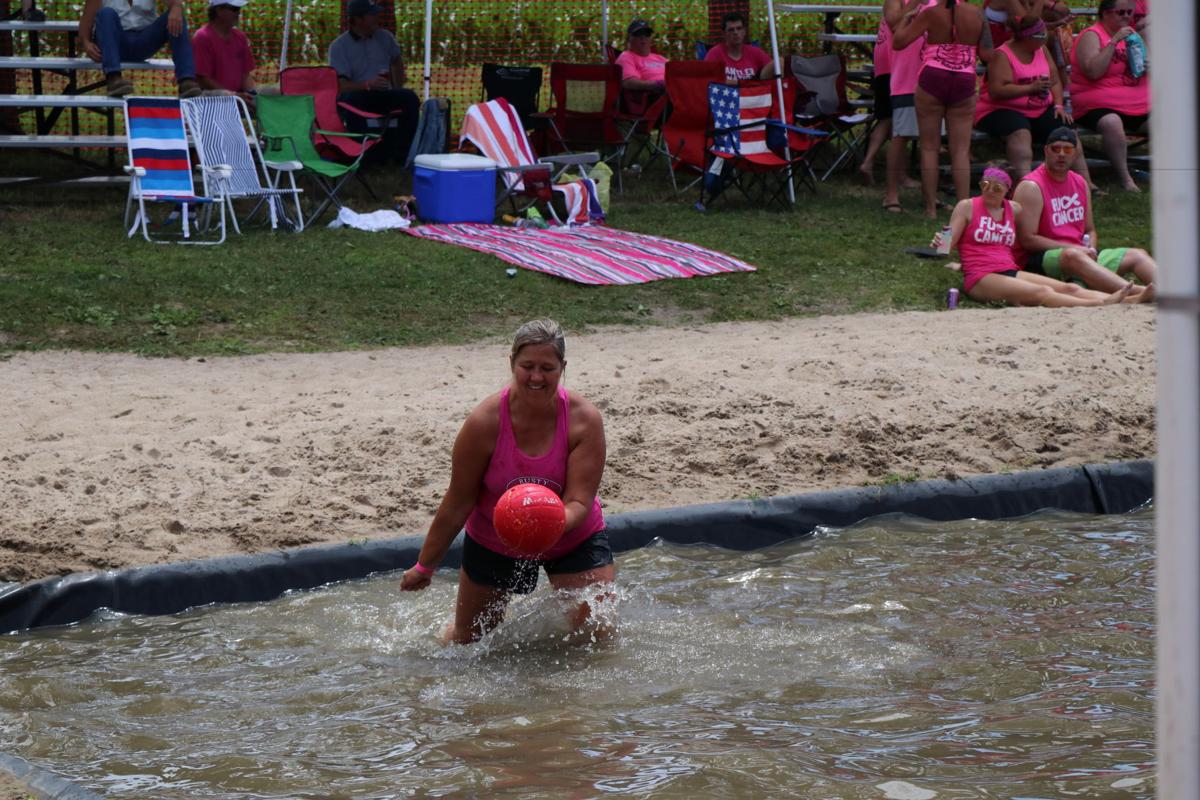 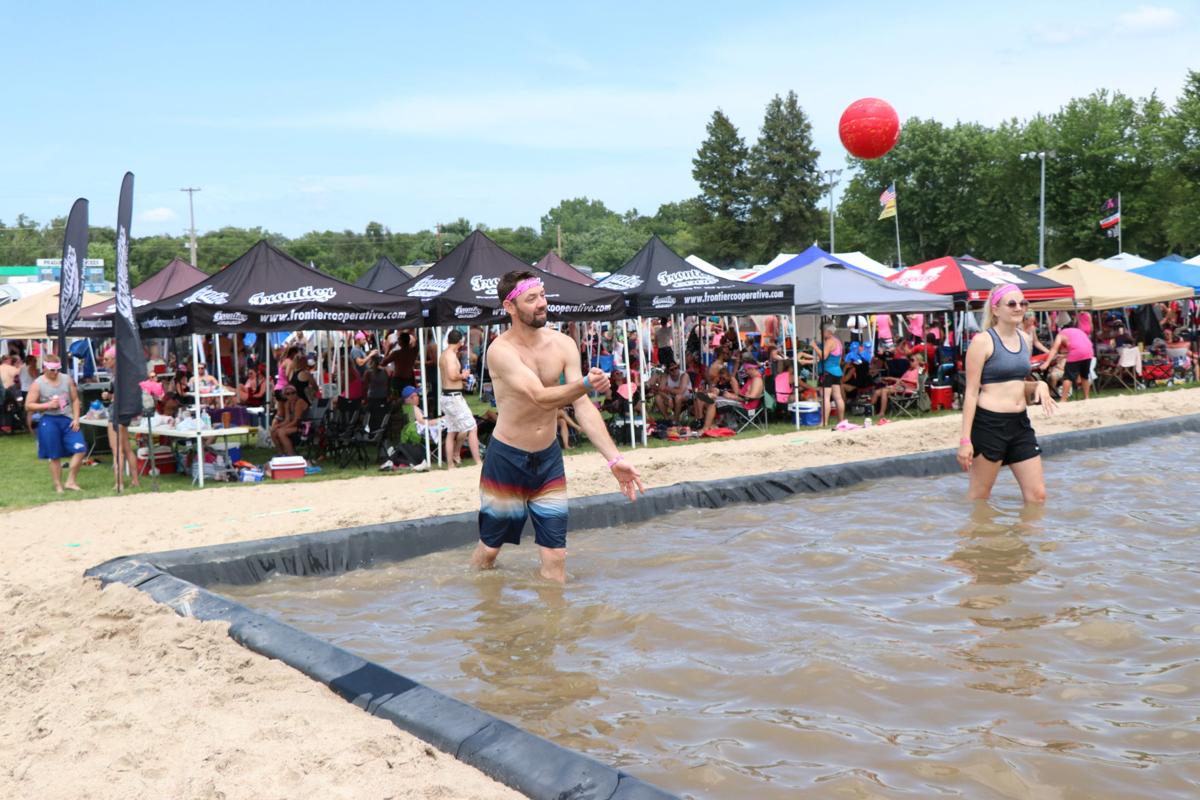 PRAGUE – The goal was to bring awareness to breast cancer and one of the activities in Prague Saturday afternoon did just that.

Diane Prochaska of Abie eagerly stepped onto the stage set up at Pink Bandana’s Beat Breast Cancer Mud Volleyball Tournament. She was ready to get 10 inches of her hair cut off so it could be donated to make a wig for a cancer patient.

After all, she knows exactly how important that gift can be.

Prochaska, originally from Prague, has been cancer free for five years. She beat breast cancer, but only after going through treatment.

She said it was shortly after her first treatment that she started to lose her hair. She asked her daughter, Brandi Prochaska of Prague, to shave off what was left.

She said it was devastating.

“It was harder losing my hair than it was my breast,” Prochaska said.

Then, she was offered a free wig to help her regain some confidence and self-image.

“I couldn’t decide what look I wanted so they gave me two,” she recalled.

In time, she was able to get her own look back – sort of.

“Before, I was blonde,” she said about her hair color. “It came back dark and baby fine.”

Still, she is happy to have her own hair and even happier to have it reach a length that can be cut and donated.

“That’s been my goal,” Prochaska added.

Her daughter was all smiles Saturday too. She was able to make the cut in front of the hometown crowd.

Several other hair donations were made Saturday as well, some in memory of a loved one who died of cancer. All the donations will be given to an organization that makes wigs for children who are going through cancer treatment.

Pink Bandana President Jeremy Stanislav said another organization had been used in the past, but they have turned to making synthetic wigs. Other organizations for adults exist, but do not give them for free.

Keeping the wig as a free service is important to their organization, he said.

Other aspects of Saturday’s tournament that brought an estimated crowd of 3,000 people to town also brought awareness to cancer, especially breast cancer in women under the age of 40.

Three women and their families were the beneficiaries of $10,000 checks to be used for medical needs, family needs or even family wishes.

Pink Bandana Board Member Linne Vavrina said there are always, unfortunately, more than three applications each year. Choosing which women will be the beneficiaries each year is a tough decision.

“It’s the hardest day for us as a board when we have to make that decision,” she said.

The stage of cancer the woman has, her need, whether or not there are children…those are some of the factors that have to go into the final decision.

“You have to pull the emotion out of it and make the decision,” Vavrina said.

And while that is a hard day, other days, like telling the women they have been selected and watching the support shown at the volleyball tournament held every July, makes the effort all worthwhile.