Winter Weather Advisory from 3AM CST FRI until 6AM CST SAT 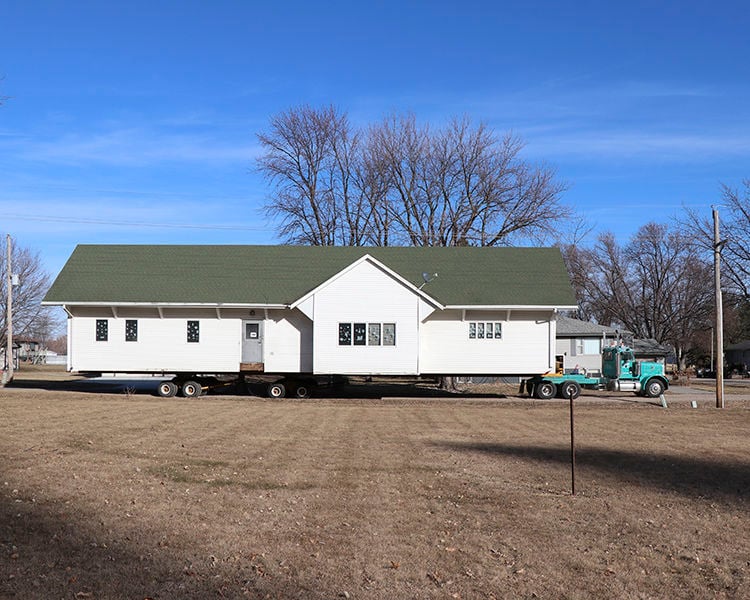 ON THE ROAD: The former railroad depot/daycare center moves from the village park in Mead to a spot on the west side of town on Jan. 8. (Staff Photo by Suzi Nelson) 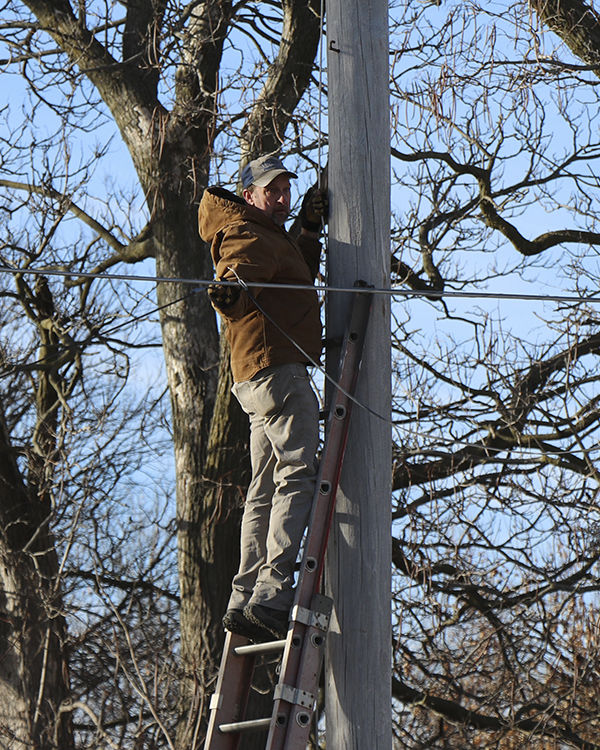 HELPING HAND: Bill Thorson climbs a pole to help move utility lines as the former railroad depot he and his wife Patti purchased is moved from the village park in Mead on Jan. 8.  (Staff Photo by Suzi Nelson)

ON THE ROAD: The former railroad depot/daycare center moves from the village park in Mead to a spot on the west side of town on Jan. 8. (Staff Photo by Suzi Nelson)

HELPING HAND: Bill Thorson climbs a pole to help move utility lines as the former railroad depot he and his wife Patti purchased is moved from the village park in Mead on Jan. 8.  (Staff Photo by Suzi Nelson)

MEAD – A building with a rich history in this small community will continue to live on after a trip across town.

The former railroad depot in Mead was moved on Jan. 8 from the village park to the west side of town, destined to become a family gathering spot and later on a home.

Bill and Patti Thorson acquired the former depot from the Village of Mead a little over a year ago. The structure had been used as a daycare center for many decades, but the center had closed and village officials no longer wanted the building.

Bill Thorson, chairman of the Village Board of Trustees, said the village put the building out for bids, but no one showed interest. Plans were started to burn the structure until Thorson stepped in.

“It’s way too nice a building to burn down,” he said.

Thorson said he remembered the depot when it was located by the railroad tracks.

“We used to sit on the wood landing and play as kids,” he remembered.

The depot was built by Union Pacific in the early days of Mead’s history. According to the book “Saunders County History” published in 1983 by the Saunders County Historical Society, the depot was still being used by the railroad in the early 1980s. At some point in the 1980s the building was moved to the village park, remodeled and turned into a daycare center, according to a history of Mead published by the University of Nebraska-Lincoln.

After a year of planning, the structure was moved to the west side of town by Williams Midwest House Movers out of Hastings. The new location is in a small pasture just a block and a half from the Thorson’s home. Trees were cleared and a basement dug before the depot could call the pasture its new home.

Thorson, who owns a remodeling company in Mead called Big Red Home Improvement, will turn the depot into a place for his growing family to gather for special occasions. At some point, they may make it their home.

“We want to make it nice enough so it’s like a house,” Thorson said.

Thorson said he would like to remove a low ceiling installed when the depot was turned into a daycare and restore the original 12-foot cathedral ceiling. He also said they plan to move walls and put a new kitchen in the historic structure, which is 24-by-80 feet and weighs 80 tons.

Thorson’s wife will be in charge of decorating the building.

“She’s already got everything on her computer,” Thorson said. “She’s pretty good at that.”