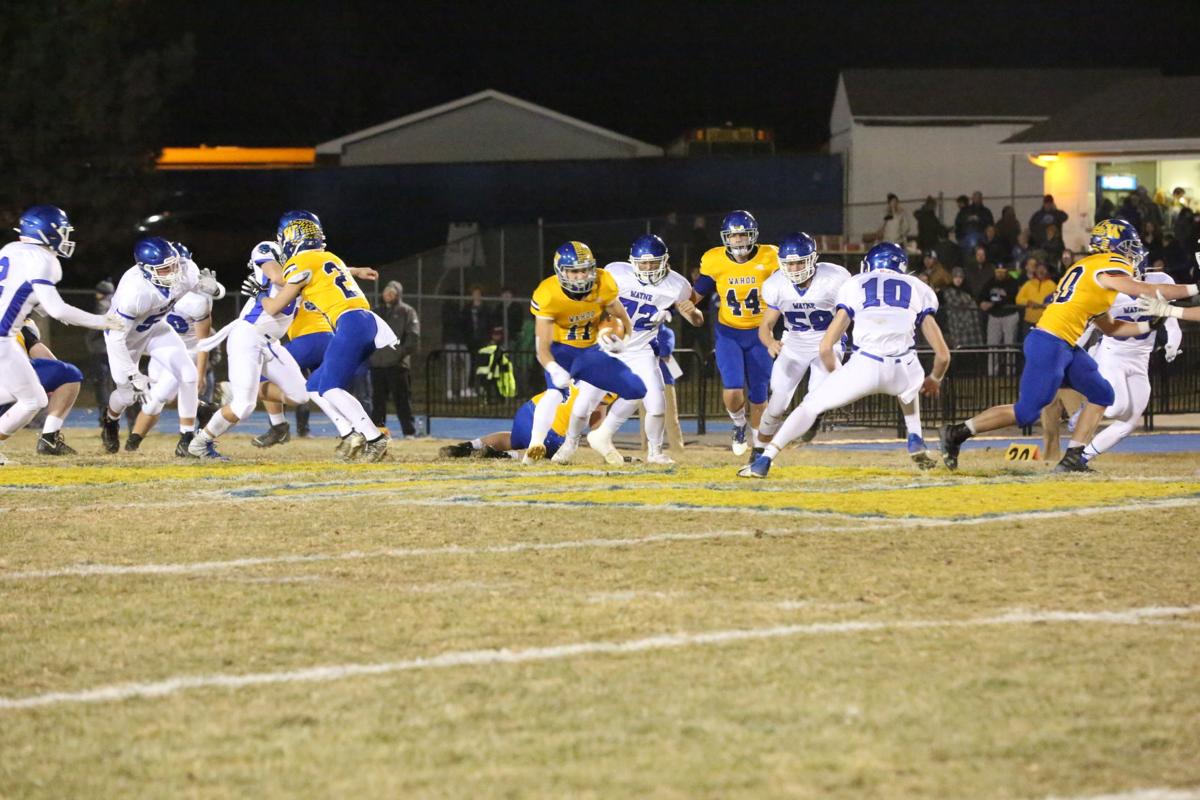 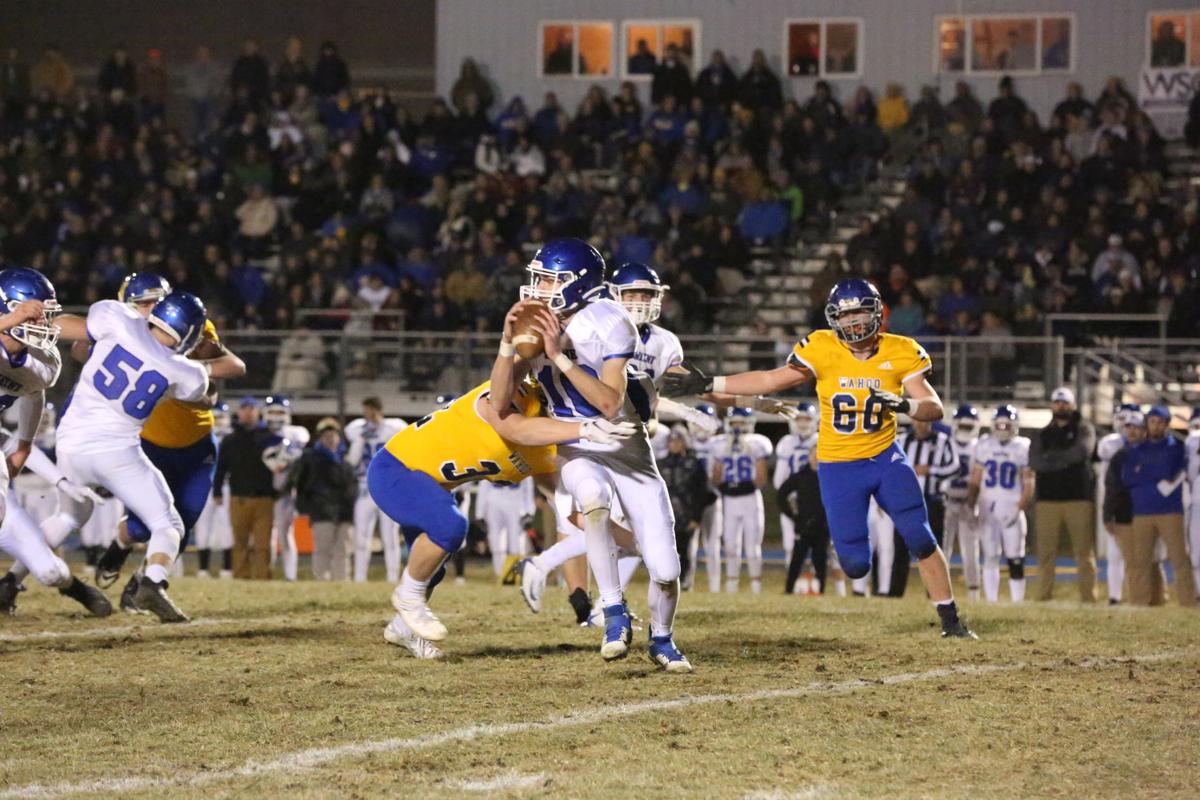 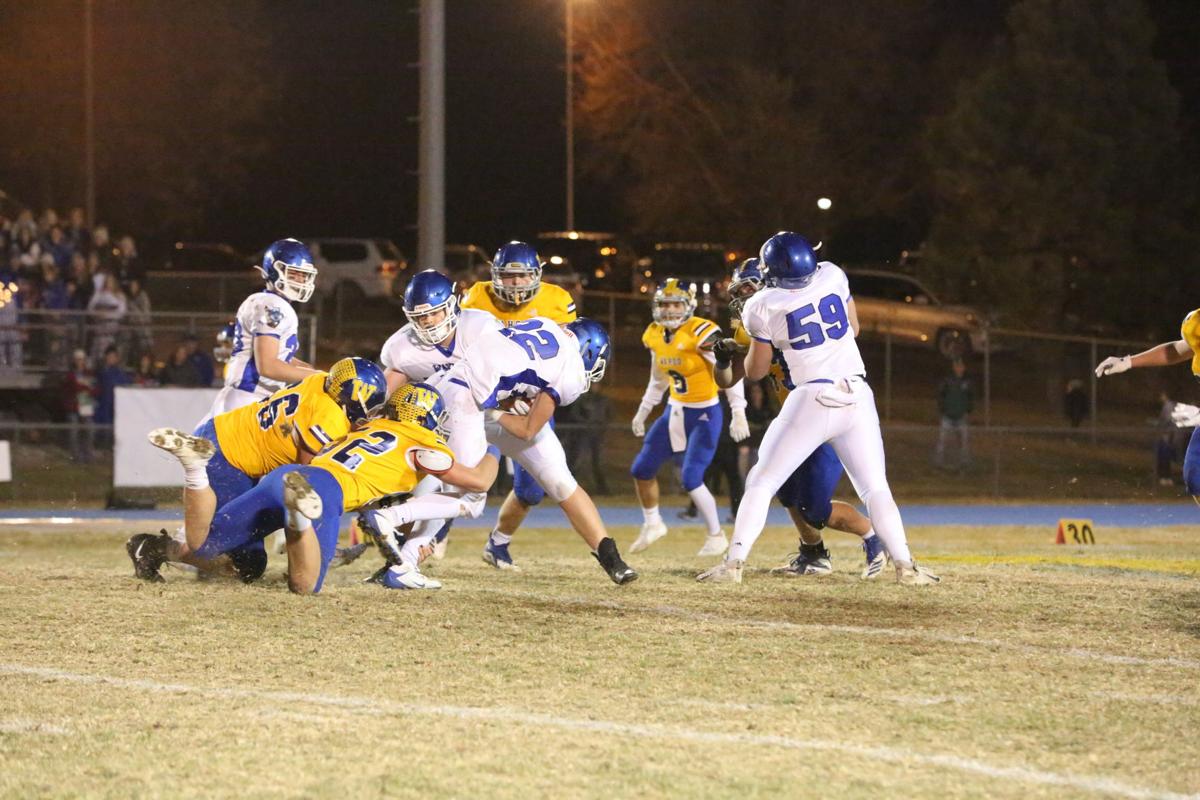 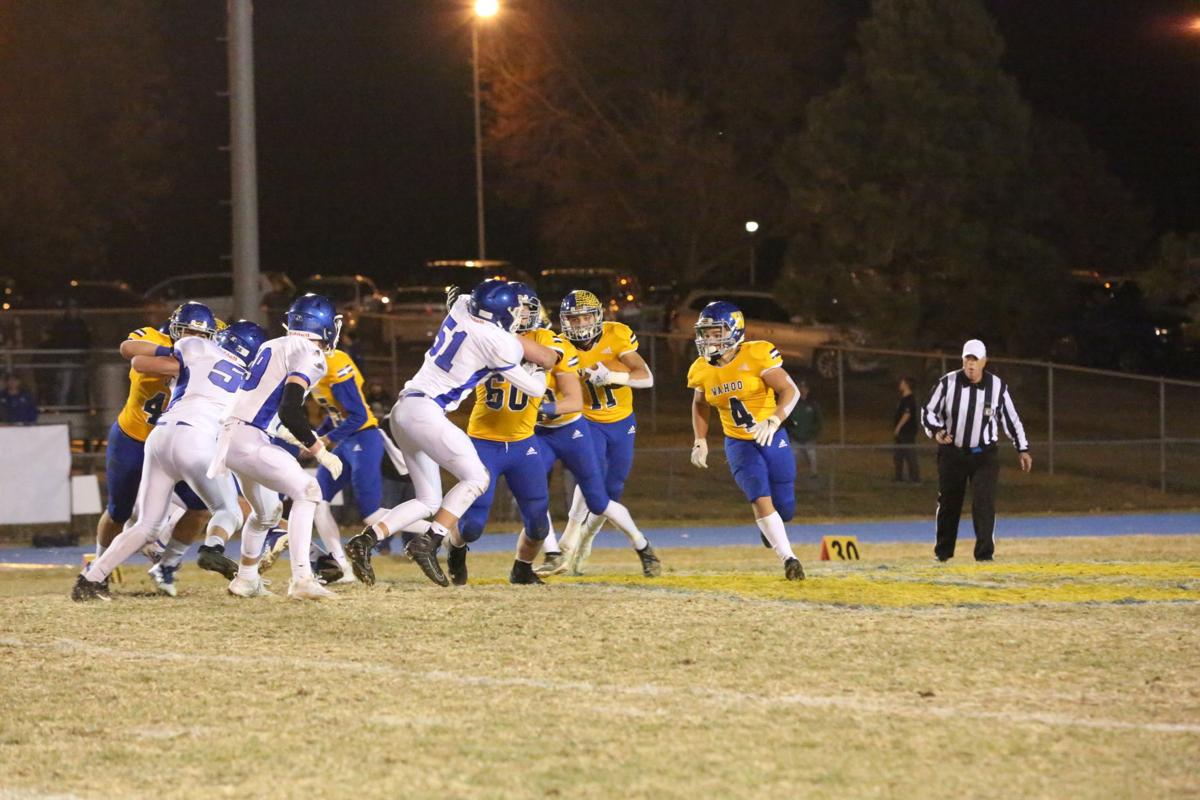 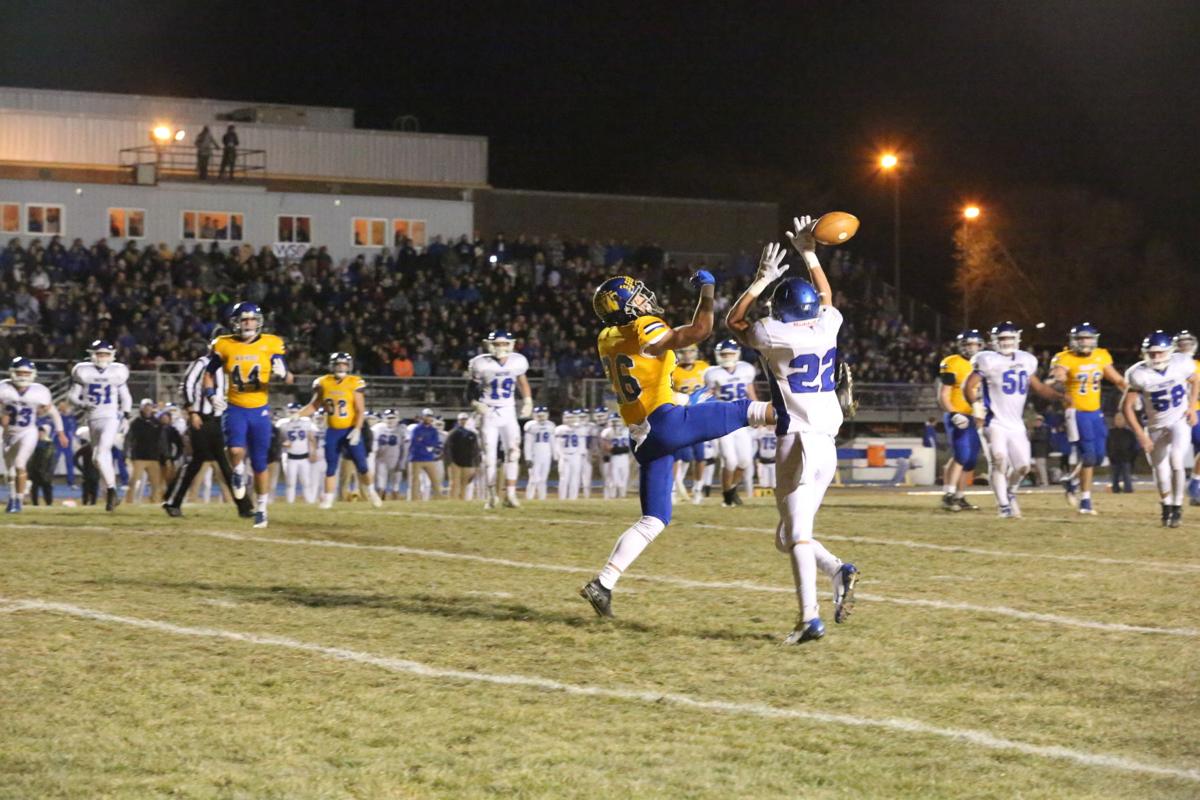 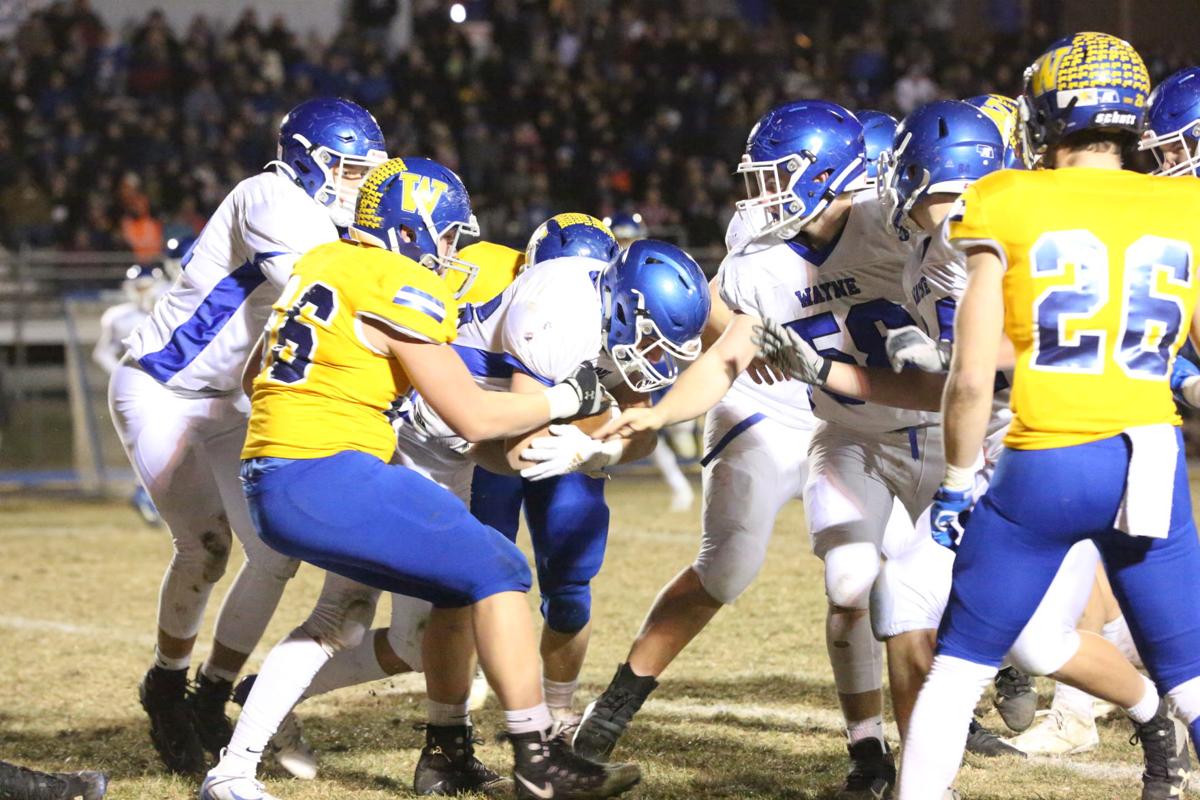 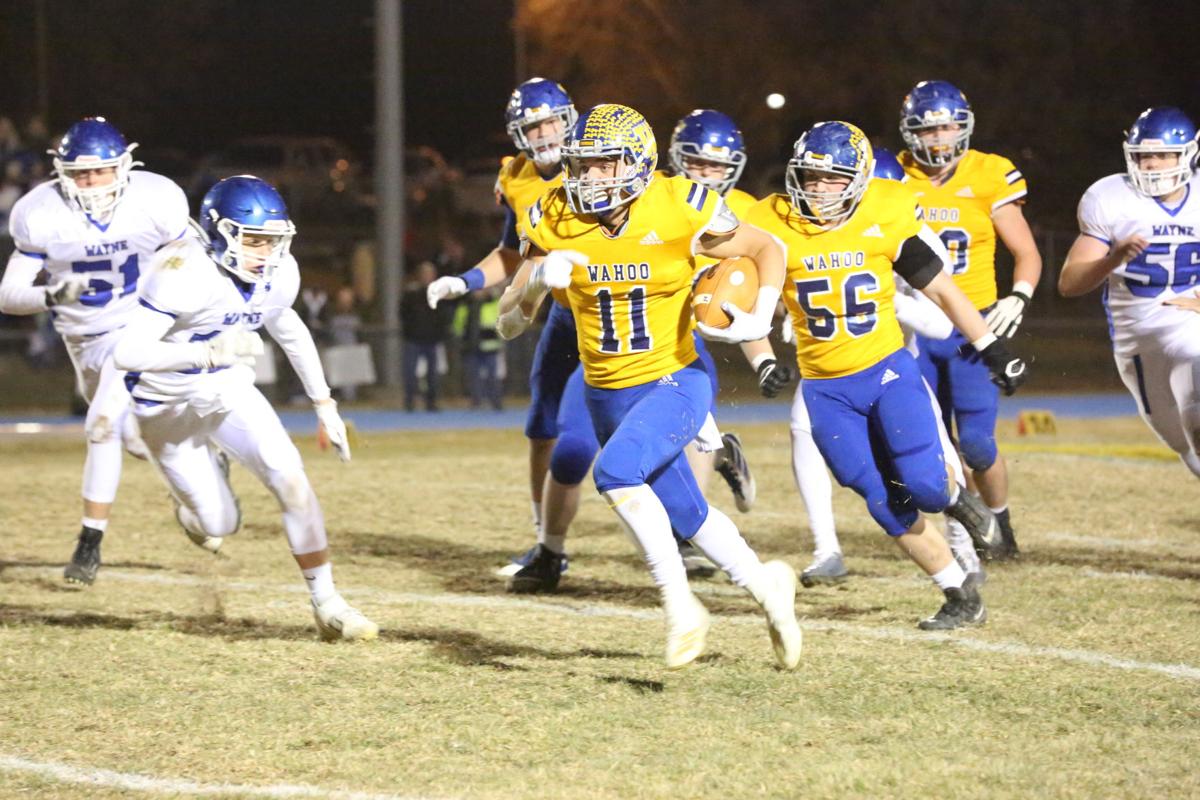 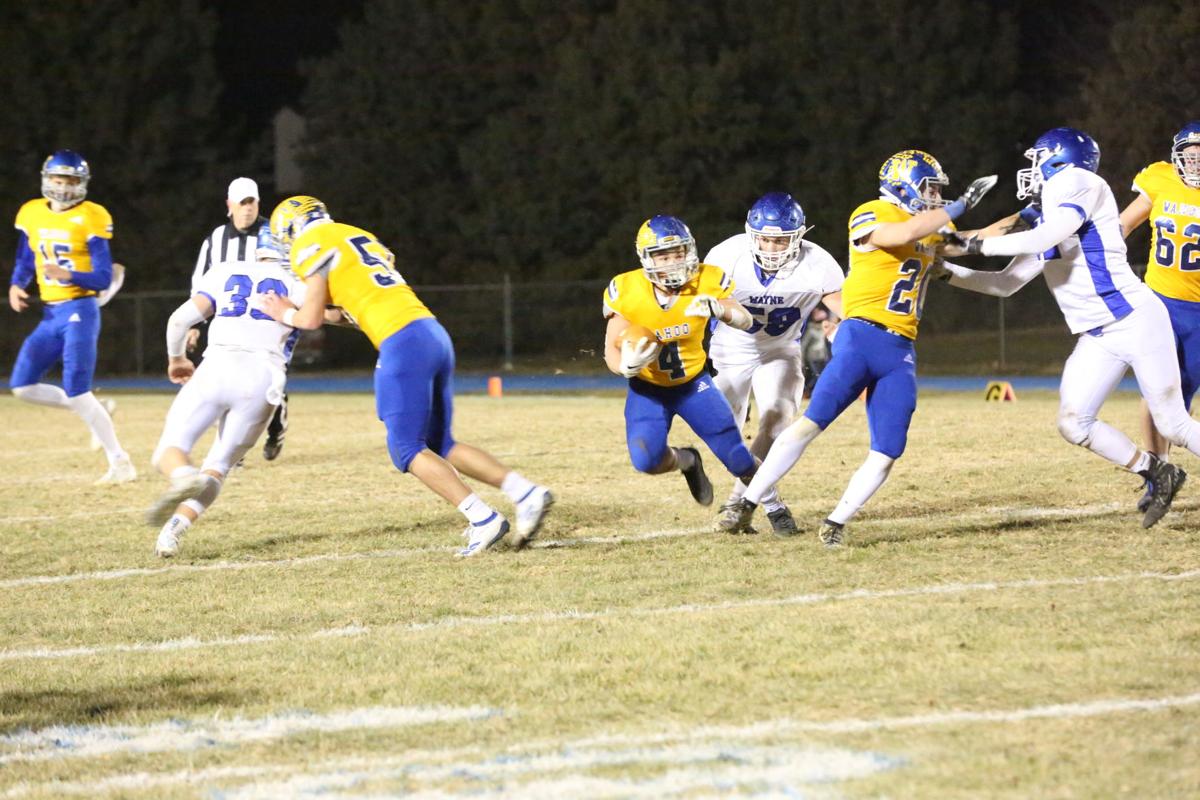 - Warriors improve to 12-0, setting a new school record for wins in a season and more importantly advanced to the school's first ever state championship final.  After a scoreless first quarter, the top-ranked Warriors were able to get on the board early in the second quarter after junior Grant Kolterman blocked a Devil punt and it was recovered by senior Peyten Walling inside the Devil 20-yard line.  Four plays later senior running back Trevin Luben scored on a 1-yard run, senior kicker Jesus Zaragoza added the PAT and Wahoo led 7-0 with 11:08 left in the second quarter.  The Warriors had a chance to add to their lead late in the first half, but QB Thomas Waido was intercepted inside the Devil 15-yard line with less than two minutes remaining in the second quarter.  It took the Warriors just two minutes to add to their lead in the third quarter when Luben took it off left tackle untouched for 41 yards, pushing the lead to 14-0.  Wayne's lone touchdown came with less than a minute left in the third quarter on a 47-yard touchdown run.  The Warriors answered the score and essentially punched their ticket into the state championship game when Waido scored on a 1-yard sneak with 8:38 left in the game.  The Warriors will play the undefeated Pierce Bluejays in the Class C-1 state championship game on Nov. 26 at 10:15 a.m.  The Bluejays rolled to a 54-14 win over Adams Central in Hastings on Friday night.