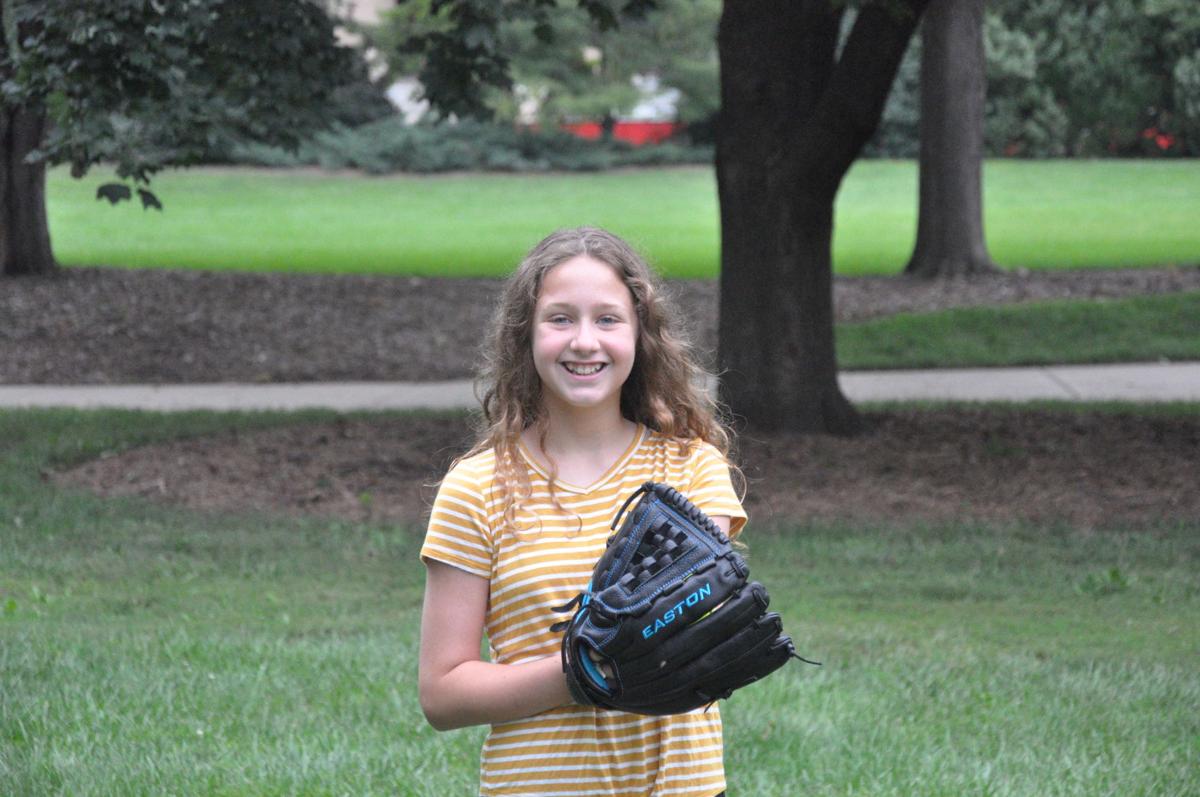 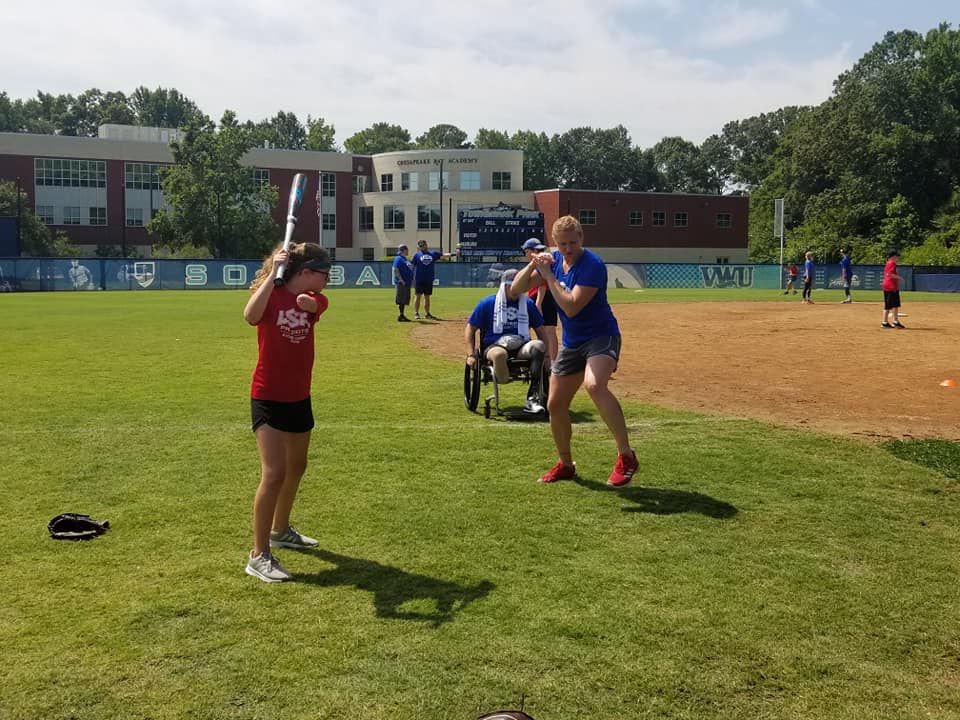 BIG HITTER: Poppy Doele works on her batting stance with help from a counselor at the USA Patriots Kids Camp, a camp for kids with limb deficiencies. (Photo Courtesy of the Doele Family)

BIG HITTER: Poppy Doele works on her batting stance with help from a counselor at the USA Patriots Kids Camp, a camp for kids with limb deficiencies. (Photo Courtesy of the Doele Family)

WAVERLY – It started with an email.

Amy Doele received an email from the Shriners about an opportunity for her daughter, Poppy, to go to Virgina for an all-expense paid trip to go to a softball camp.

Poppy is a fifth grader at Waverly Intermediate School, a New York Yankee fan and was born without a left hand.

The camp was the USA Patriots Kids Camp and is for kids with limb deficiencies.

The USA Patriots are an amputee softball team made up of veterans who lost limbs, either in the line of duty or in civilian life. The team is put together by Wounded Warriors.

Even though Poppy had never played softball before, she and her mother headed out to Norfolk, Va., for a week of fun and education.

Poppy, one of 17 kids nationwide chosen for the trip, said it was nice to be surrounded by other children who were experiencing the same problems.

“They actually get you,” she said.

Amy and Poppy spent the week from July 29 to Aug. 4 on the campus of Virginia Wesleyan University getting pointers on more than just softball from the USA Patriots.

Amy said that each day the veterans would tell their stories on how they were injured and about the long road of recovery.

Whether the veteran had lost his legs during a battle in Afghanistan or his arm in a motorcycle crash, Amy said the lessons about overcoming obstacles from people who can relate to kids like Poppy were powerful.

But it is not like Poppy is looking for sympathy.

Despite only hav-ing one hand, Poppy keeps her parents, Jeromy and Amy, busy.

Between Poppy and her brother, Jackson, a seventh grader at Waverly Middle School, the parents are often scrambling to keep up with their kids’ busy lives.

If she’s not playing flag football or soccer, Poppy can be found at dance class or the theatre.

Each presents its own challenges.

“In theatre, when you have to hold props and stuff, it isn’t as easy. So you have to find a way to adapt to it,” Poppy said.

Poppy wasn’t the only one to get support from the camp, though. Amy said that during the trip, the parents of the other kids at the camp really formed a bond.

“When you have a kid who looks different and is different, and then you’re with a bunch of parents that have the same thing. You get really close, really quickly,” Amy said.

The group was dubbed the “mom squad” by Poppy and the other campers. Amy and Jeromy said the group could be the beginning of some life-long friendships as they plan to get together with other families they met at camp.

The Doeles said that meeting other parents in a similar situation was invaluable.

“When you ask (the other parents) for advice, it’s coming from a place that they’ve been there,” Amy said.

It is a week the Doele mother and daughter won’t forget.

No matter who had more fun, the Doeles came back with new friends, new stories and possibly a new sport. And it all started with an email.