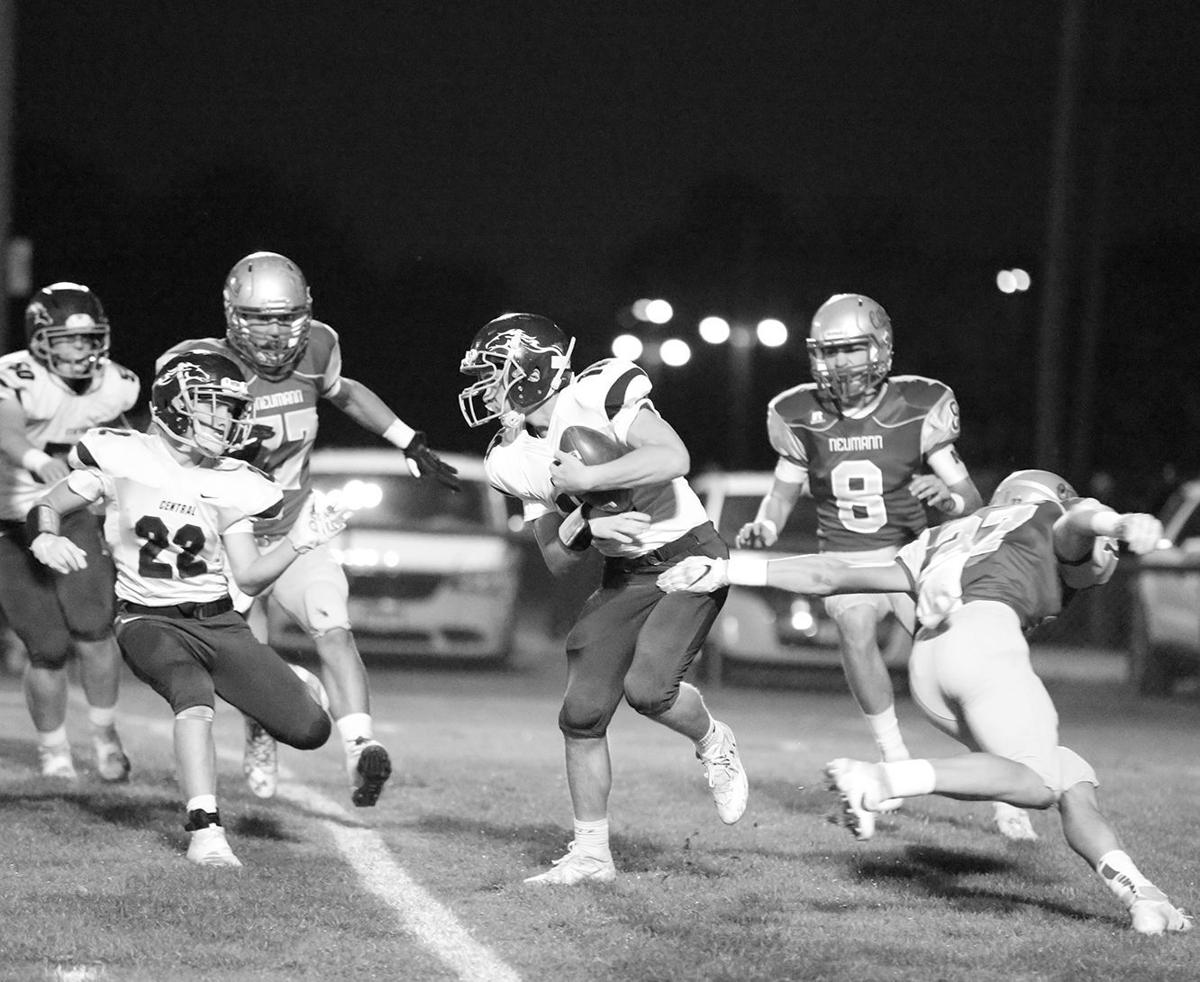 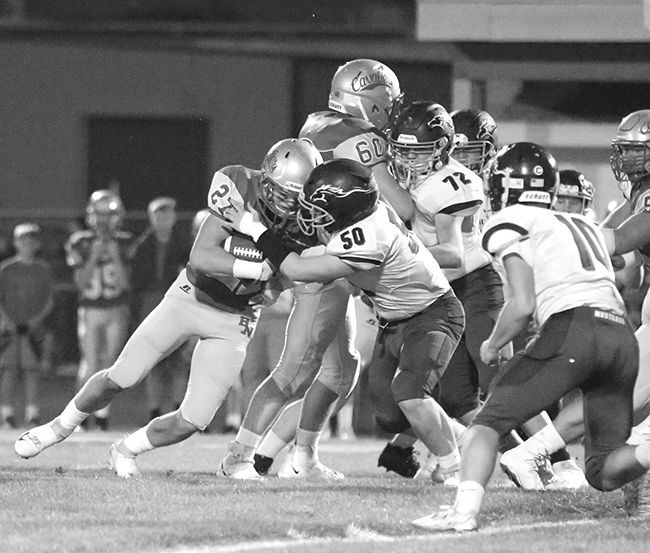 You must excuse the Raymond Central football team if they recoil at the mention of David Lilly after the senior Cavalier running back accounted for all five Bishop Neumann touchdowns in the Mustang loss.

Lilly scored three touchdowns in the first half, runs of 49, 47 and 39 yards respectively, to give the Cavaliers a lead that they would never relinquish.

“Outside veer, that was the only play he scored on. That was the only play we couldn’t stop. We honestly shut everything else down. They had zero passing yards,” Houchin said. “(Lilly’s) good enough to break arm tackles and unfortunately at least half of his big plays were where somebody missed at some point.”

The game with the No. 7 Cavaliers marks the third game in four weeks that the Mustangs have run into a top opponent.

Three weeks ago the Mustangs dropped a game with the No. 5 Columbus Scotus Shamrocks followed by a matchup with No. 1 Wahoo.

The only thing harder than the Mustang’s schedule this season has been their luck.

Gone are senior leaders Mikey McCoy and Ethan Boyd, lost to injuries during the year, but Houchin said the young team that has been left to fight continues to do so.

“They don’t get too down and they just keep taking the adversity head on and aren’t making any excuses,” Houchin said.

That fight was evident late in the game with Bishop Neumann.

The Mustangs, down 35 and with any hopes for postseason play gone, scrapped together two touchdowns late in the game.

Kreikemeier, who is the team’s punter as well, hardly takes a foot off the field the entire 48 minutes of the game but had a hand in both fourth quarter touchdowns.

“We’ve been starting to say ‘Conner does Conner-things,’ makes plays,” Houchin said. “His touchdown was a broken play scramble. He just makes guys miss and he’s always one of the best two or three athletes on the field no matter who we play.”

Houchin said another bright spot for the Mustangs was the play of junior tight end Mitch Albrecht.

Houchin said that while Albrect might be undersized, he does not lack grit.

“He’s a tough kid, the youngest of three tough brothers,” Houchin said of Albrecht. “He’s your tough wrestler guy that is going to give you everything he’s got. He’s playing with a really dinged up shoulder.”

Despite all that Albrecht led all receivers with five catches for 50 yards.

For the final score of the game Kreikemeier found freshman receiver Rylan Stover for a touchdown on the last play of the game from 26 yards out.

Stover, who Houchin said was sick all week heading into the game Friday, jumped over a Cavalier defender and came down hard but held on to the ball for the touchdown.

With the loss, the Mustangs fall to 2-6 on the season with one game remaining.

Raymond Central will take on Columbus Lakeview in its final home game of the season on Oct. 25.

Raymond Central will celebrate its senior class in their final game as a spot in the 16-team Class C-1 state playoff is all but unattainable.