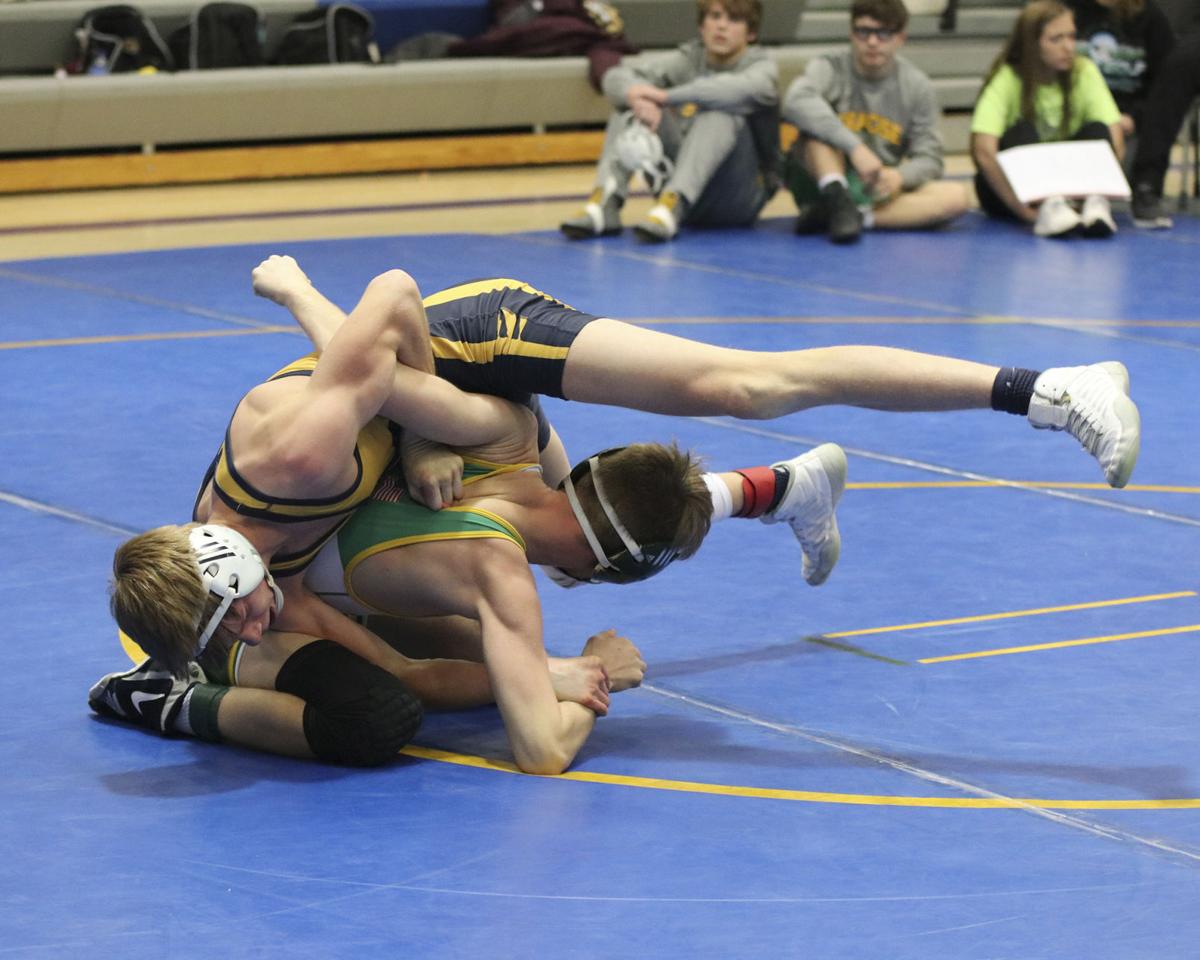 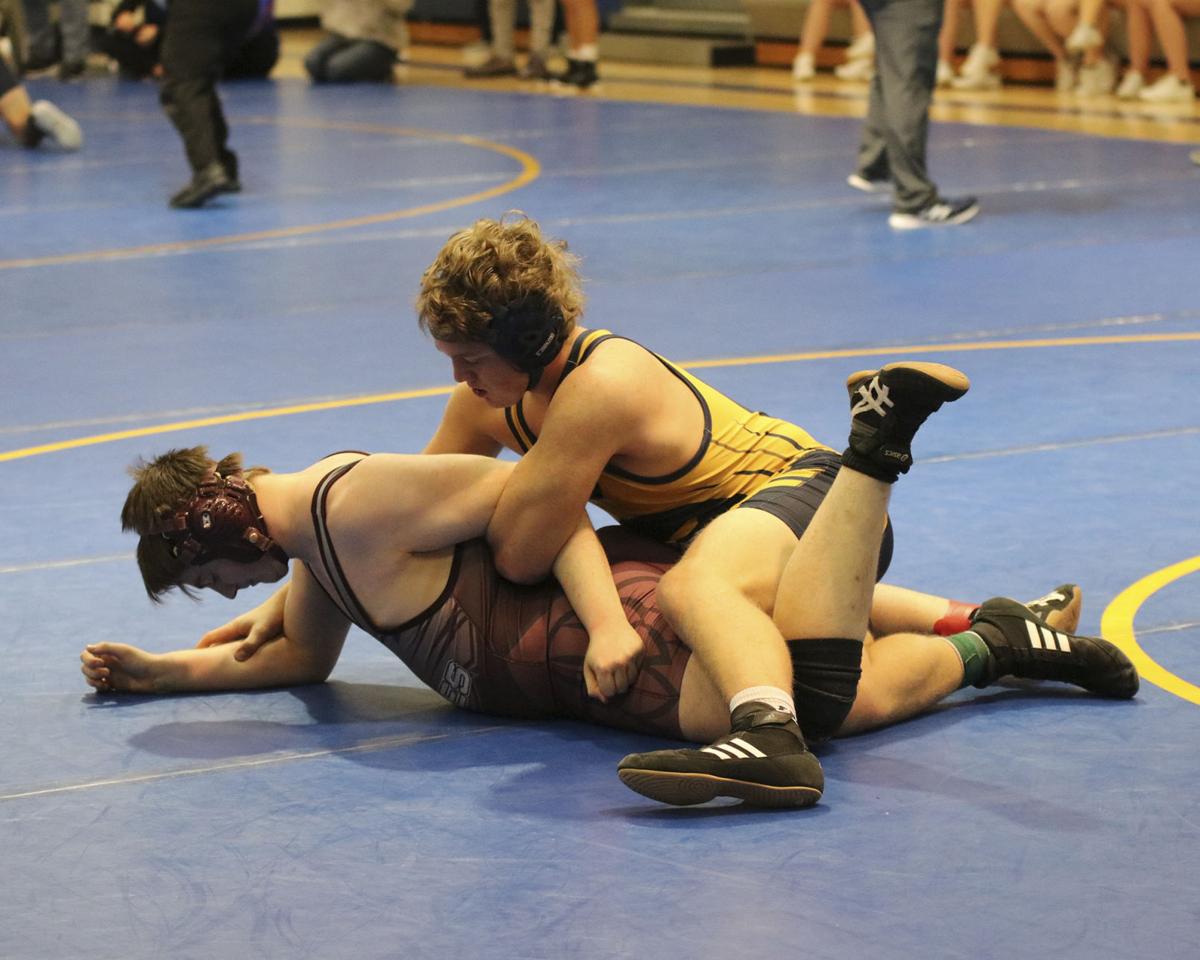 THORN IN HIS SIDE: Raymond Central grappler Noah Thornburg attempts to gain the upper hand in his match at the conference tournament in Wahoo. (Staff Photo by Suzi Nelson)

THORN IN HIS SIDE: Raymond Central grappler Noah Thornburg attempts to gain the upper hand in his match at the conference tournament in Wahoo. (Staff Photo by Suzi Nelson)

The Mustangs finished with one champion and four runner-up finishes over the weekend.

Junior Mitch Albrecht improved to 37-1 on the season after racking up three more wins.  Albrecht got pushed to the limit in the 120-pound gold medal match up before surviving a 10-8 decision over Wahoo sophomore Malachi Bordovsky.

Sophomore Logan Bryce finished second at the conference meet.  Bryce (132) finished with a record of 1-1 after falling to undefeated Hunter Gilmore of Arlington in the finals.  The loss dropped his record to 33-3 on the season.

Sophomore Conner Kriekemeier lost for just the second time this season, falling to Wahoo’s Peyten Walling in the 152-pound match for first place.  The loss dropped his record to 31-2 on the year.

Senior Caleb Schultz also finished runner-up at the meet and scored 18 points.  He finished with a record of 2-1 with his only loss coming to Garrett Johnson of Platteview.

Mustang 170-pounder Gavin Soden finished runner-up while finishing with a record of 1-1.  His record stands at 22-15.